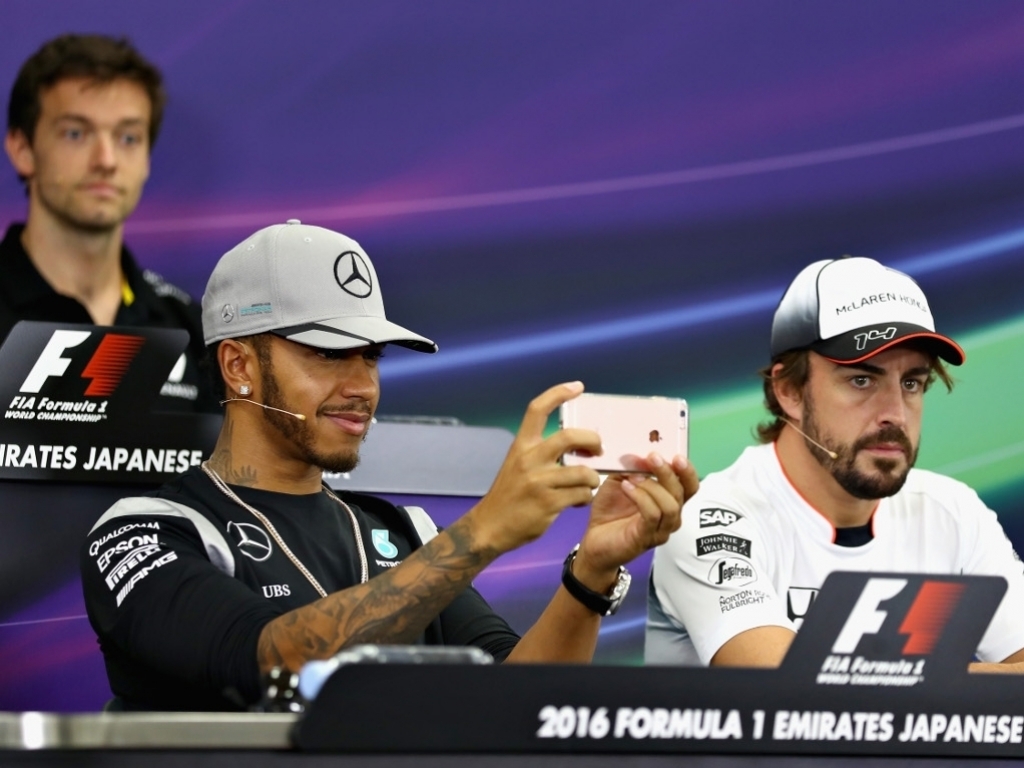 Lewis Hamilton has defended his actions after coming under fire after playing around on his phone during Thursday’s pre-Japanese GP drivers’ press conference.

The defending Formula One world champion seemed distracted and uninterested in the questions coming from the press, preferring instead to have some fun with funny filters on the mobile app Snapchat.

Asked at one point just exactly what he was doing on his phone, Hamilton replied: “Just some snaps of us drivers, it’s quite funny.

“Hey man, we’ve been doing this a long, long time and it’s the same each time. We’ve got to keep adding new things to it.”

While some saw the humour in the situation, several reporters were left unimpressed.

“I agree, the FIA press conference format is static, but you can’t defend this,” said The Sun‘s Ben Hunt.

I agree, the FIA press conference format is static, but you can’t defend this. pic.twitter.com/yBRoXBymkA

“So apart from the lack of respect (which I don’t expect people to get), when is it ok to swear on social media? Hardly good for the kids…”

The Times‘ Kevin Eason added: “Think the world champion could have ditched the phone and concentrated a little harder for the benefit of the huge Japanese audience.”

Hamilton himself responded to the controversy on Twitter, saying he was just trying to have a bit of fun.

“Today was meant to be fun, not at all disrespectful. Some people take themselves too seriously. I had a blast, highlight of my day!”

Today was meant to be fun, not at all disrespectful. Some people take themselves to seriously. I had a blast, highlight of my day!

Re press conference, it’s been the same for 10 years. It’s not the media or mediator, it’s the format. Fans should be asking the questions!!