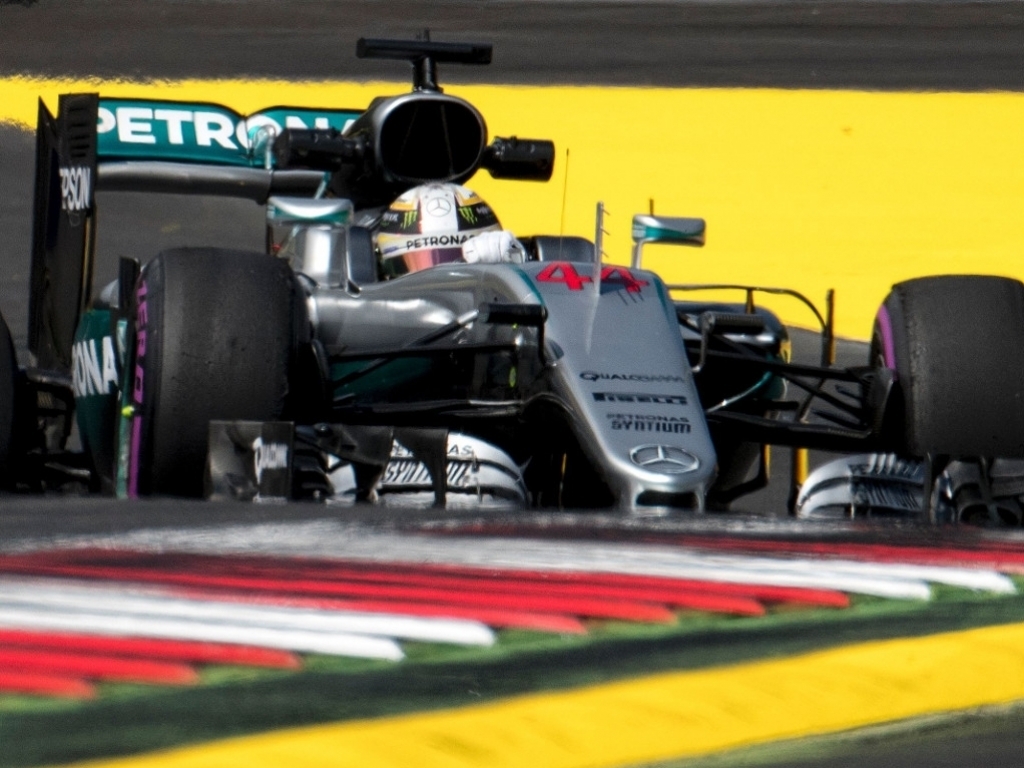 After finishing in P2 behind teammate Nico Rosberg, Mercedes driver Lewis Hamilton has claimed that there is still more to get out of their car going into Saturday’s FP3 and qualifiers.

Hamilton couldn’t quite get ahead of the German during the two sessions on Friday, being three tenths slower in the opening session and 0.019s in the second.

The Brit explained that despite the incidents that occurred during the day, the Silver Arrows were lucky to avoid all of that but added that rain wasn’t much of a help.

“It started coming together this morning but then the rain in the second session meant we had to adapt our programme,” he said..

“Luckily, the high track temperatures meant the circuit dried out very quickly, so I was able to get more running on the Ultra Soft before the session finished and to get a feel for the balance and performance.

“We didn’t have any problems today, which is a positive, and there’s definitely more to come.”

The triple World Champion also claimed though the rain could make for an exciting race.

“When it’s a one-stop race, jeez, it’s so boring. If it rains like it did today, only on half the track, that could be awesome.

“The fans here deserve a good race so I hope one way or another it is fun.”