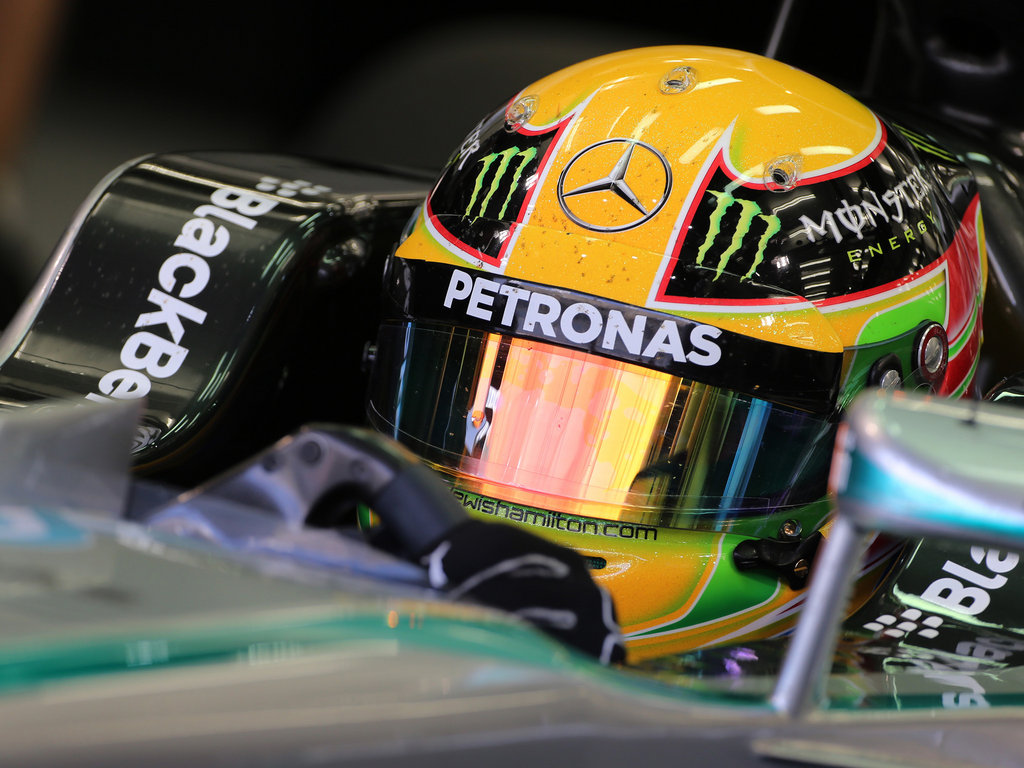 Lewis Hamilton has downplayed claims that Mercedes are ahead of the field just past the midway point of pre-season testing.

With just five days of on-track running remaining, Mercedes have been billed by several rivals as the team to beat.

However, the Brit, who posted a 1:34.263 to set the pace in Bahrain on Friday, has downplayed the favourite tag.

“We are just focusing on ourselves,” he told Sky Sports News.

“Generally every time we go to a test, one team will build up the focus on one team just to take the focus off themselves – everyone has done it so it doesn’t really mean anything to us.”

The 29-year-old, though, did concede that he is happy with his W05 and its new Mercedes 1.6-litre V6 engines.

“The car seems to be responding well to my style of driving and it was nice to put together a lap but it’s difficult to know where everyone is.

“So that’s a real good step for is, but we won’t know where we stand until we get to Melbourne.”