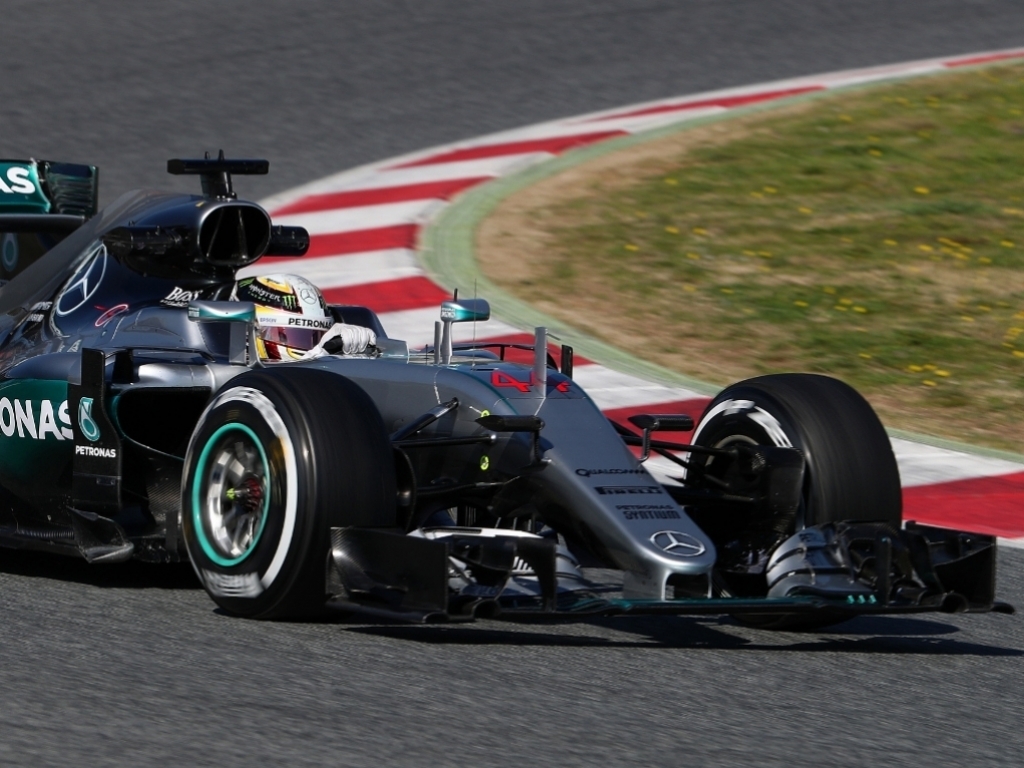 Lewis Hamilton is refusing to pay attention to the hype surrounding Mercedes' pre-season form, adamant no one knows what is really going on in each team garage.

Nico Rosberg posted Mercedes first P1 of the pre-season at the Circuit de Catalunya on Tuesday as his soft tyre run put was the day's best time.

Hamilton followed that up on Wednesday with a P1 of his own during the morning's session, although his time was later beaten by Valtteri Bottas in the afternoon.

The World Champ, however, insists he is not paying attention to what rivals are doing, nor is he listening to what they having to say.

"Honestly, I haven't looked at where everyone else is," he said.

"I wouldn't take any notice of what they say."

Hamilton was nonetheless happy to put in a first qualifying simulation of the pre-season even though he revealed that there is still work to be done to get it right.

He added: "To get to light fuel is always an exciting feeling, but it's always new when you get back to pushing on a single lap.

"The car is in a different ballpark at the moment, but not in the right one, so that's what we've got to work on to get right for tomorrow.

"Every car, it doesn't matter whether it's a winning car, is the vessel that carries you through the race whether you finish first or last. At the moment I'm just getting acquainted with it; it's like the first date."