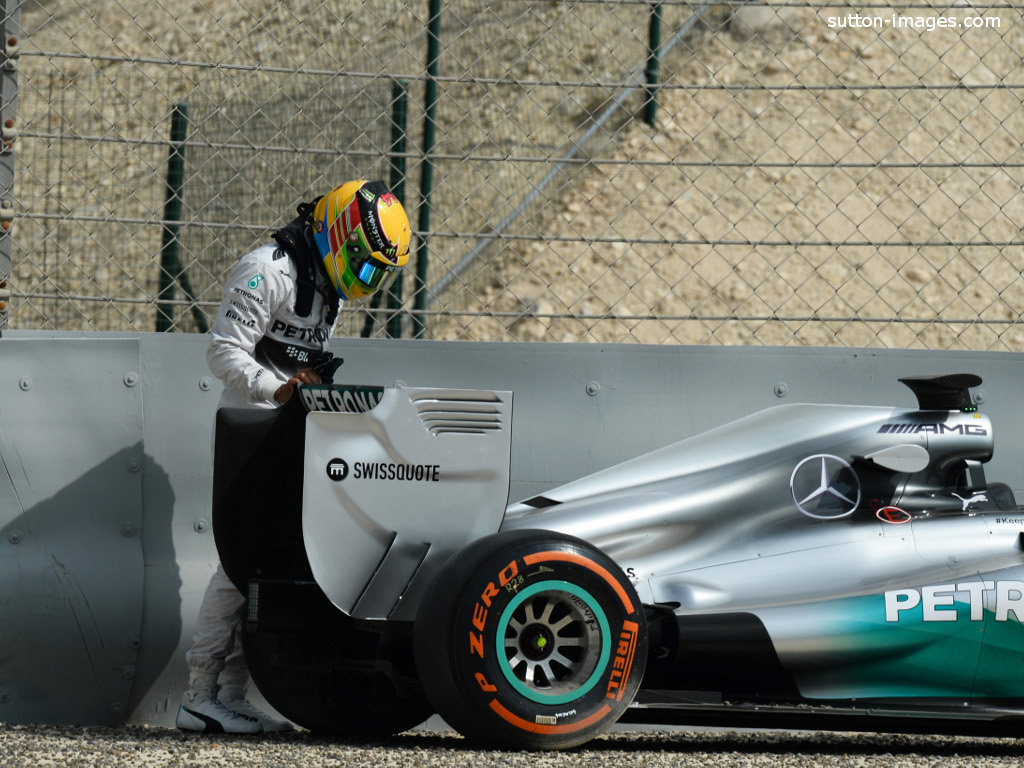 Lewis Hamilton has once again downplayed claimed that Mercedes enter this year’s Championship as the favourites to take the title.

Although the Mercedes engine has dominated the timesheets during the Bahrain test, in recent days the works team has run into a few troubles.

Those continued at the Sakhir circuit on Friday where a gearbox problem resulted in an early shower for Hamilton.

“I think we have a strong package but I don’t feel we are guaranteed [to be] the guys ahead,” he told Autosport.

“But I won’t be surprised if at the first race there is a difference of a couple of tenths between the first and second team.

“We have a fighting chance, but we just don’t know where we are.”

The Brit, who won the 2008 World title, also spoke of this year’s lack of downforce revealing that it is taking time adjusting to it.

“So far I haven’t found a balance that I like but this year we lost so much downforce, so the car naturally feels worse.

“In perspective against other teams it’s good.

“The packaging is I feel the best we have seen in the team, [and] it feels the most put together car I have driven here. Let’s hope that results in wins.”