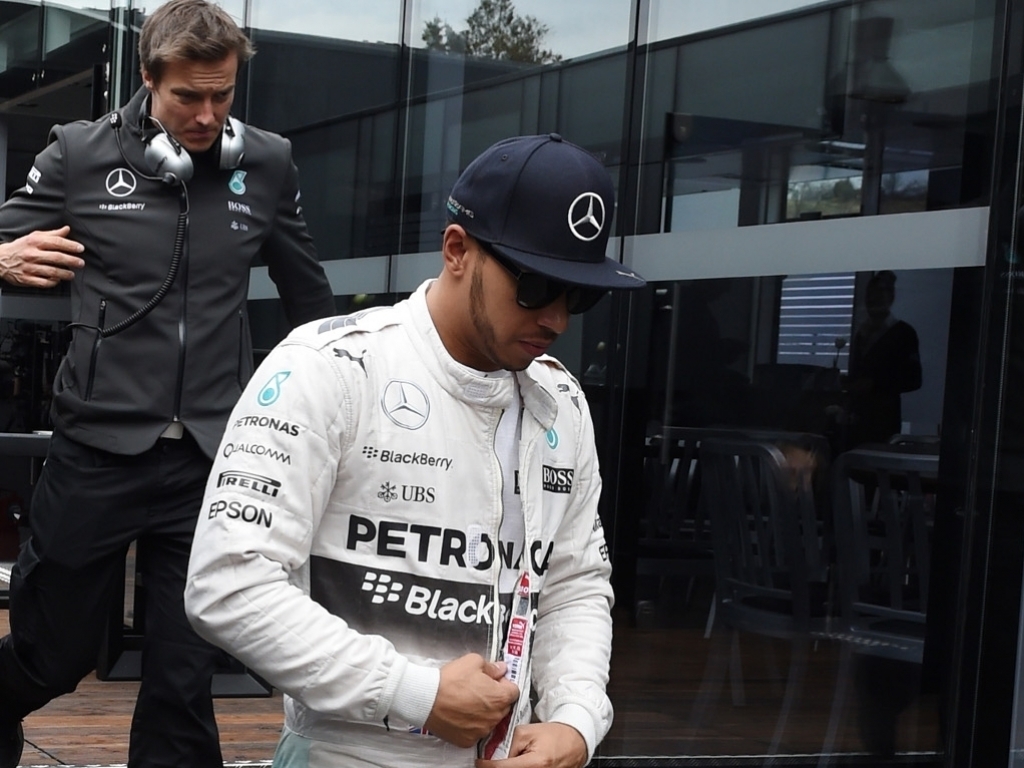 Lewis Hamilton says Mercedes will "be fine" despite missing half a day of testing due to a MGU-K failure on Thursday.

The reigning World Champion set the pace in Thursday morning's session at Barcelona but failed to take to the track in the afternoon.

Mercedes revealed late in the day that they had diagnosed a "MGU-K failure" with the hybrid system which meant their day was done.

Although it was not the best way to begin the final pre-season test, Hamilton has downplayed the impact the lost time will have on preparations.

He told Sky Sports News HQ: "I don't think it's dented anything. Testing is difficult.

"Of course, if you can have the whole day and it's sunny and the tyres are working every time you can go out and do tons and tons of changes and learn things about where you want to put the car. So, naturally, that is what we are missing.

"So I've got one more day to hopefully have a clean day and if we can get 150 laps it'll be great.

"But doing lots of changes and really trying to pinpoint where I want to put the car for the first race [is the priority] just to have all that knowledge in the bank, so when you get to the first few races you know the answer to the problems you may face.