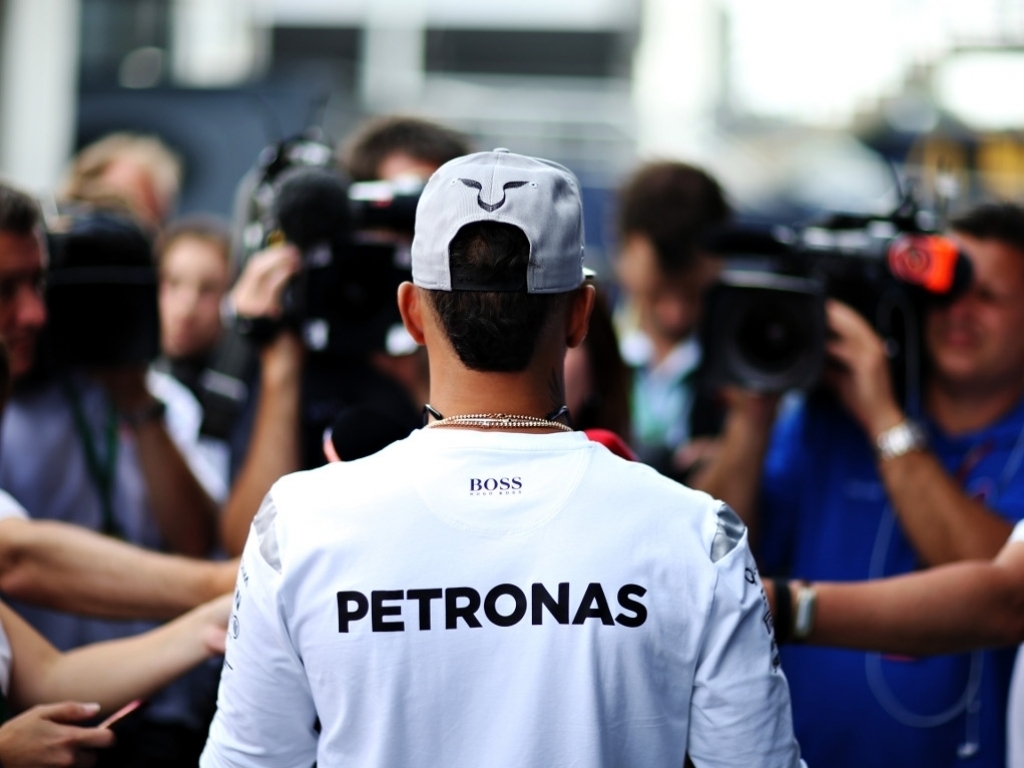 Lewis Hamilton avoided a reprimand for an unsafe release during FP3 in Germany with Mercedes hit with a monetary fine.

Heading out of his Mercedes garage during final practice, Hamilton was released into the path of Romain Grosjean.

The Haas driver reacted quickly, braking to avoid a collision.

Hamilton was called before the stewards but managed to avoid a reprimand, which would have been his third and would have resulted in a 10-place grid penalty.

"The team admitted that they released car 44 from the garage when it was unsafe to do so," the stewards noted.