Home Uncategorized Hamilton: Everything to play for 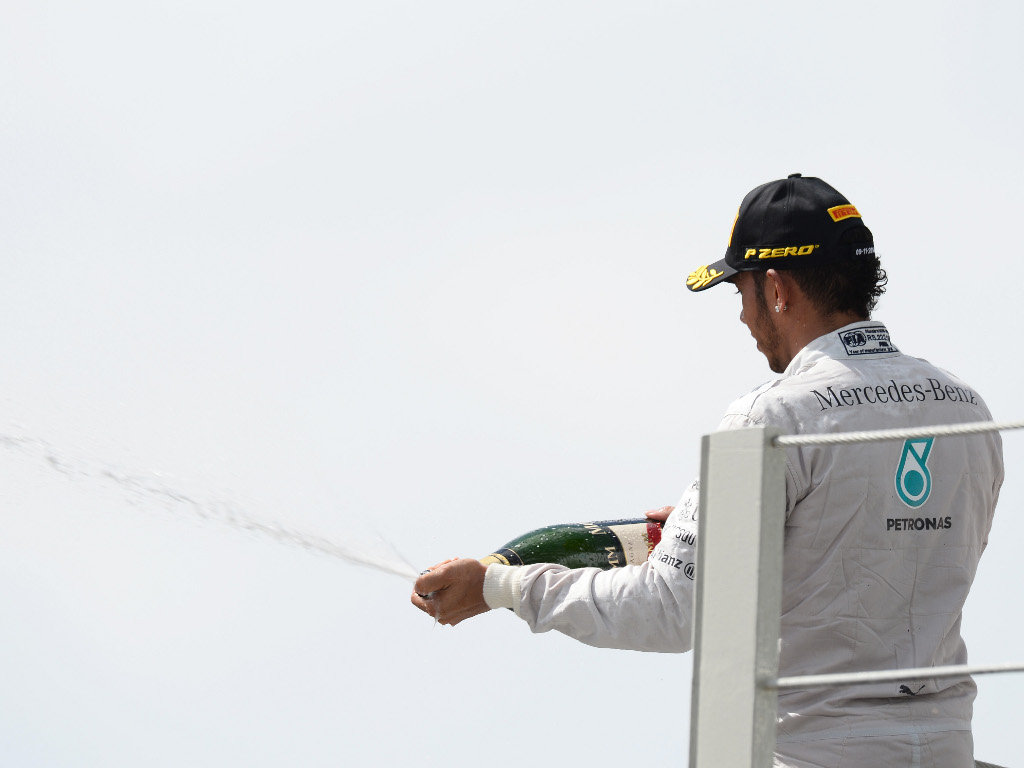 With his lead reduced to just 17 points in Brazil, Lewis Hamilton says there is “everything” to play for in Abu Dhabi…

With his lead reduced to just 17 points in Brazil, Lewis Hamilton says there is “everything” to play for in Abu Dhabi.

The British racer arrived at the Interlagos circuit on the back of a five-race winning streak and with a 24-point lead in the title race.

But, starting second on the grid, he spent the entire 71 laps chasing Nico Rosberg and for the last 10 was less than a second behind his team-mate.

Unable to close up completely, Hamilton was left to rue his one good opportunity to haul in Rosberg, which he lost when he spun at Turn Four while trying to make the most of pitting second of the Mercedes duo.

The 29-year-old was nonetheless happy with his afternoon’s work.

“It was an amazing race, I had a great time,” he said.

“Obviously I had a big mistake in the mid part of the race but otherwise the car was superb and the team did a great job.”

The Merc driver later admitted that his spin on lap 28 cost him the win.

“I think ultimately it cost me the win,” he revealed.

“I was much quicker up to that point. I went a second quicker on the next lap, thought I was going to pit on that lap, used all my tyres and on the next lap there was nothing left.

“I locked the rear and went wide. No-one’s mistake but mine.

“It was a great race pushing right to the finish, which is what motor racing’s all about.”

Congratulating Rosberg on a “great race”, Hamilton is already looking ahead to the season finale in two weeks where double points will be awarded.

“I’m going to drive the same in Abu Dhabi, hopefully I will improve. I lost some time here but there is everything to play for in the last race.”