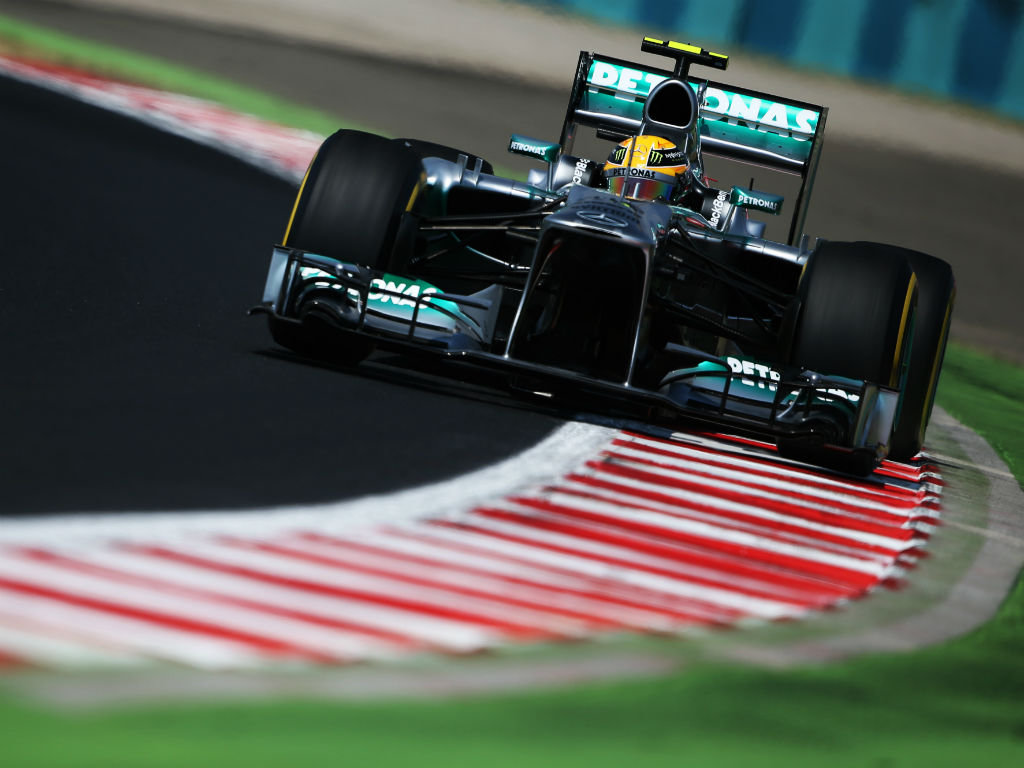 Lewis Hamilton has backed Mercedes to do an “incredible job” with their turbo engines in 2014, which he hopes will result in a title challenge…

Lewis Hamilton has backed Mercedes to do an “incredible job” with their turbo engines in 2014, which he hopes will result in a title challenge.

Formula One heads into a new era next year when the sport changes from the current 2.4-litre V8 engines to the 1.6-litre turbocharged V6 power units, which incorporates an energy recovery system.

As a result, most teams and drivers head into the unknown as only time will tell who came to grips with the changes the best, but Hamilton is convinced Mercedes will be able to challenge at the front.

“I’m not really thinking about it too much at the moment, but I feel very comfortable that Mercedes HPP [High Performance Powertrains] will do an incredible job with the engine. I am certain we will have a very strong engine next year,” he is quoted as saying by ESPNF1.

“But it’s going to be tough for everyone. The new regulations mean that you have to do a further distance [on fuel] and reliability and everything will become a player.

“I’m excited about it. Tyres will undoubtedly be an issue because they always will be, but I’m comfortable with the team and where they have got to now in their understanding of improvements in the wind tunnel and understanding the development process through a season. I’m really confident that next year we will be in a competitive position.”

Meanwhile, team-mate Nico Rosberg admits he is already starting to switch focus to next year’s challenge.

“Slowly but surely I’m thinking about next year,” the German, who has won two races this year, said.

“You have to as a driver because it’s important and I want to give my input. There will come a point where you can’t change things because they are done, and I like to get involved and get a head start. We are looking into it, it’s a gradual process and more and more I am looking into it as the year goes on.

“It’s very interesting, there are so many massive changes and you don’t know where the main performance advantages are going to come from. Is it going to be the engine? Or is it more car? We will have to wait and see.”