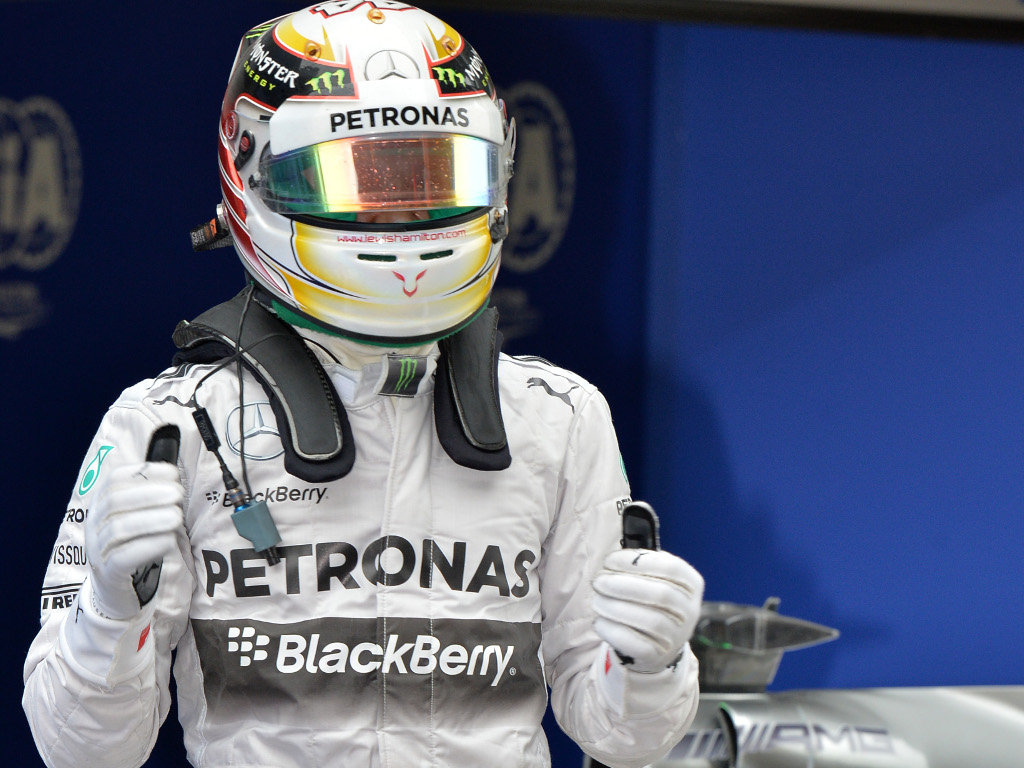 Lewis Hamilton reckons he gained more satisfaction by clinching pole position in tricky conditions in China that he usually would.

The Mercedes driver made history in Shanghai on Saturday afternoon, as predicted by bookmakers Paddy Power, when he set a new record for the most pole positions for a British driver.

Amassing his third of the season and a career 34th, Hamilton edged ahead of Jim Clark in the British standings while he is now fourth in the all-time stats.

But it’s the fact that he claimed that pole position in trying conditions that really put a smile on Hamilton’s face.

“Definitely the most satisfaction is getting this result when it is raining,” Hamilton revealed.

“It was so slippery out there, trying to find the grip and not make mistakes.

“It was a tough session, I really enjoyed it, the car was feeling great.

“There’s always stuff we can improve but the team has done a good job and I hope we can follow through tomorrow.”

However, Sunday will be a very different day.

With the Chinese GP expected to take place on a dry track, Hamilton, who is the odds on favourite to take the win, reckons he should be able to edge the Red Bull drivers who could be closer if it rains.

“I was told it was going to be a good day tomorrow,” he said. “It is always hazy here so you don’t know what will happen with the weather.

“I hope it is a dry race, I’d see these guys [Ricciardo and Sebastian Vettel] a little closer in the wet.”

Hamilton is chasing his first successive hat-trick in F1 in Sunday’s Chinese GP having won the most recent Malaysian and Bahrain GPs.