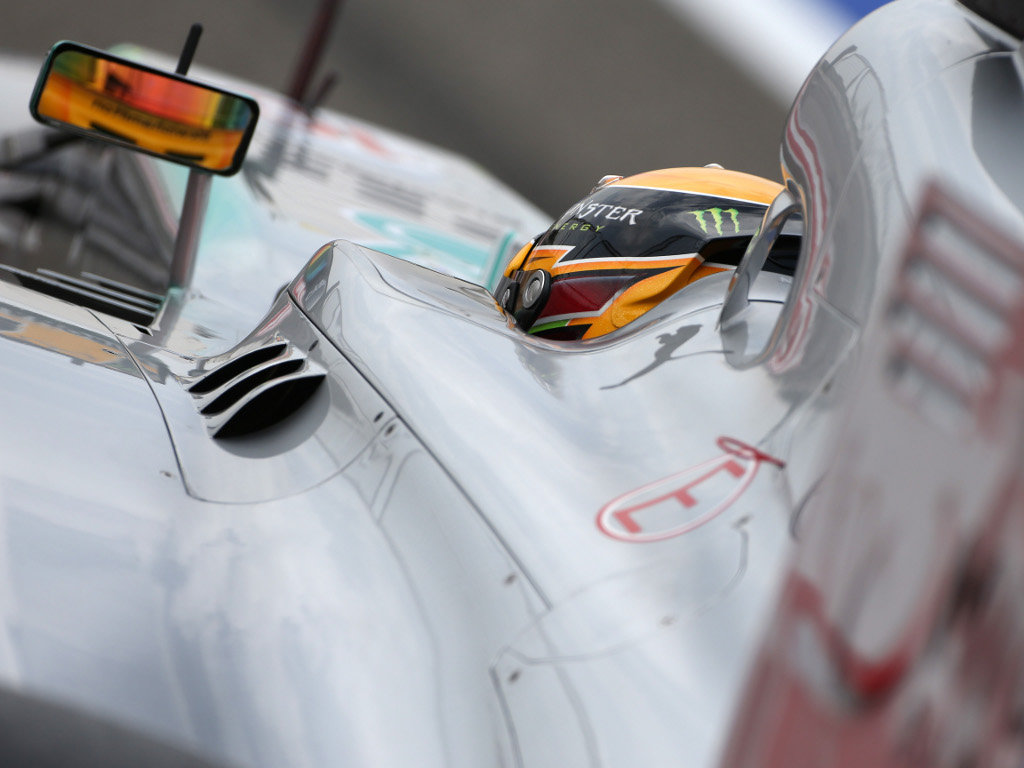 Lewis Hamilton admits Mercedes could be in for a “tough” weekend after struggling with the balance of the W04 around the Sakhir circuit.

Arriving in Bahrain on the back of his Chinese Grand Prix podium result, it was a different story for Hamilton and his Mercedes team.

The Brit was outside the top ten in Friday’s first practice, however, a set-up change for FP2 saw him improve.

Hamilton, though, still only just crept into the top ten, finishing 0.822s off the pace.

“We not as far off as we might look today but there is a lot of hard work ahead and it will be a tough battle for us this weekend,” said the 28-year-old.

“I had some issues in P1 which we were able to improve for this afternoon so that’s a positive, but we need to identify where we are losing time and find more performance.

“We have changed the set-up of the car to what we thought would suit this track but we need to look at that and make sure it is the right direction to go.”

However, it’s not just the car’s set-up that Mercedes have to work out, the team also needs to figure out how to best handle the Pirelli tyres.

Using both compounds on Friday afternoon, the teams found that the extreme heat caused havoc with the rubber, especially the mediums.

“The heat here is so hard on the tyres so another positive is that we did as many laps as possible to look at long runs and race preparation,” Hamilton said.

Meanwhile, executive director Toto Wolff revealed that the team’s lack of balance compounded the issues with the Pirelli tyres.

“It was no secret that we would be facing extremely hot conditions here in Bahrain and that they would make life pretty tricky if you had a car that was not well-balanced,” said the Austrian.

“We haven’t yet found the sweet spot of the set-up and that was reflected in the timesheets today.

“We need to find out why we seem not to be as competitive as we were in the past three races and get the right answers to take a step forward tomorrow relative to our rivals.”