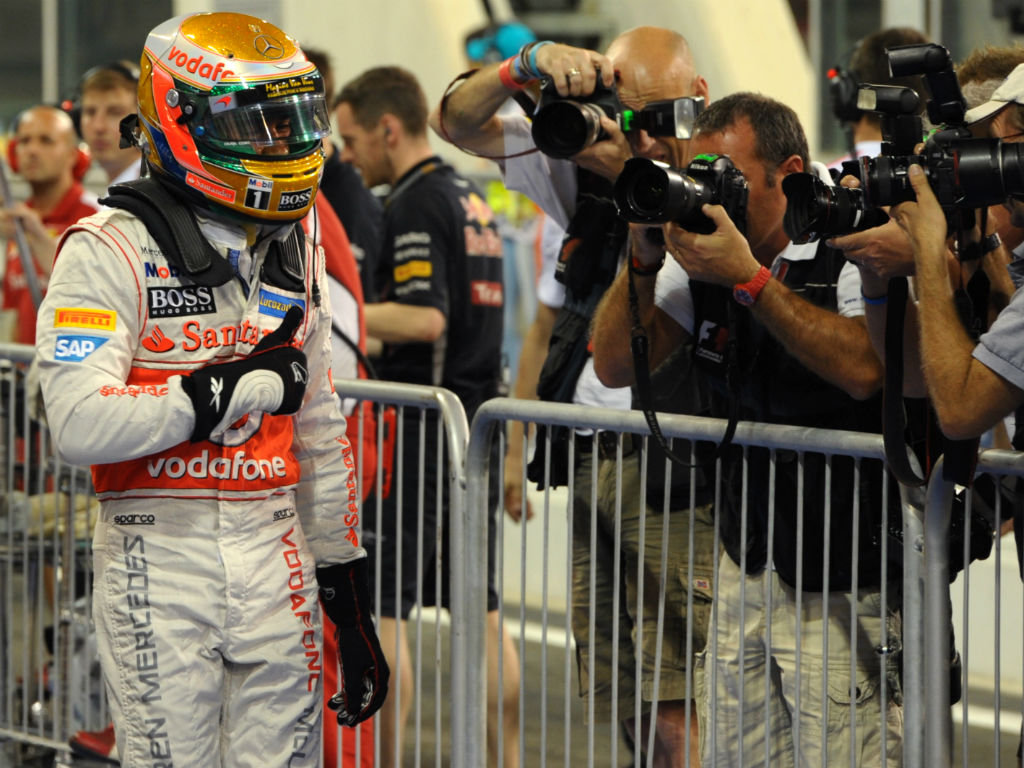 Having beaten the Red Bulls to pole position in Abu Dhabi, Lewis Hamilton is now eager to put in a repeat performance in Sunday’s grand prix…

Having beaten the Red Bulls to pole position in Abu Dhabi, Lewis Hamilton is now eager to put in a repeat performance in Sunday’s grand prix.

The McLaren driver has been in sublime form at the Yas Marina circuit this weekend, topping two of the three practice sessions.

However, more importantly, he also topped Saturday’s qualifying when he posted a 1:40.630 to edge Mark Webber by 0.348s.

It was Hamilton’s first pole since Singapore and brought an end to Red Bull’s run of three successive 1-2s in qualifying.

“I’m very excited,” enthused Hamilton. “It’s the first time for a long time to be ahead of the Bulls and starting at the front.

“It’s always such a nice view when you start from first. You have to appreciate it because there are not many opportunities to do that in Formula One.”

The McLaren driver is hoping to end another Red Bull run on Sunday as he bids to be the first driver to beat Sebastian Vettel in five races.

“It’s going to be tough in the race and I hope we are strong enough to fight them once again.

“The car’s felt beautiful all weekend but we’ve not made any improvement since last weekend so I guess it just likes the track and hopefully it will continue to like it tomorrow.”

He added: “It would be fantastic to do that – to win for the team before moving to Mercedes – because these guys have worked so hard.

“My decision has been difficult for all of us, so to finish on a high would be such a blessing.

“To be able to get pole today is something that I can give them back.”

As for his winning margin in qualifying, the 27-year-old says it was a combination of him being quicker than expected and the Bulls being slower.

“I knew they would be very, very quick but never imagined I would be this far ahead of them. I thought we either a match or slightly slower than them.”

“He came absolutely determined to get a win here. We’ve underperformed for two or three races, that hurts everyone including Lewis, so I think this weekend it’s absolute determination.

“He’s been doing a great job and the car’s not too bad I think either. But I think Lewis in particular is doing a fantastic job.”