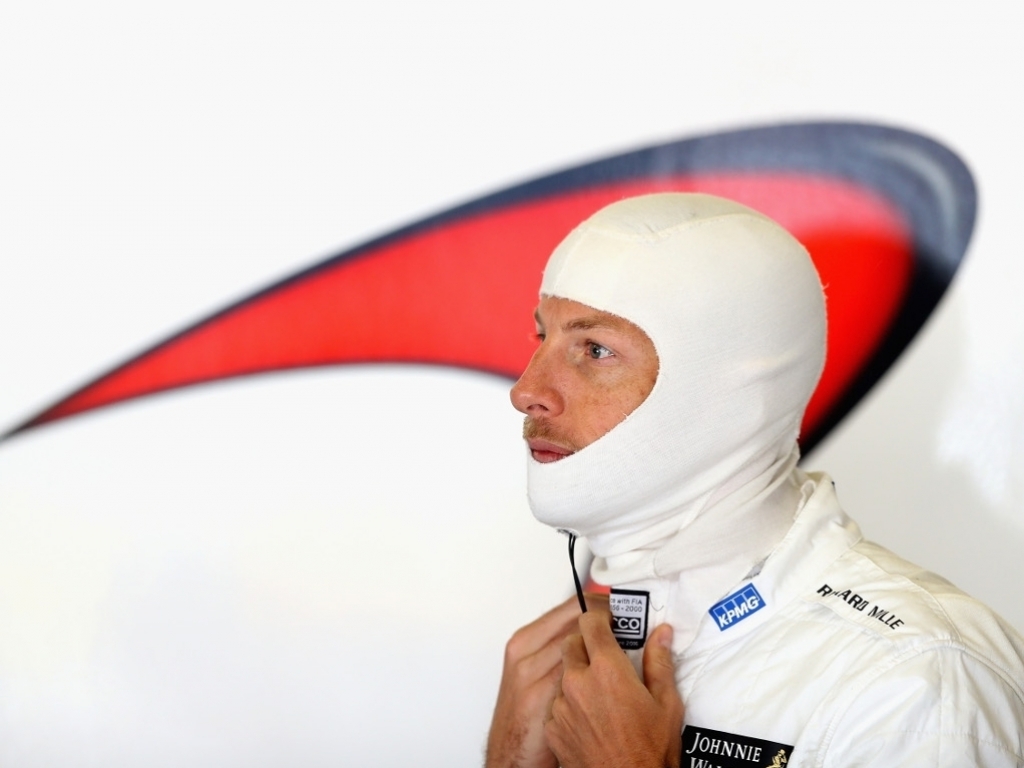 Ahead of his 300th grand prix start, Jenson Button has been talking team-mates, saying Lewis Hamilton was the fastest he was ever up against while Fernando Alonso is the most complete driver.

Button has been competing in Formula 1 since 2000 when he signed up with Williams, racing alongside Ralf Schumacher.

The German and later his 2003 team-mate, Jacques Villeneuve, were two of the toughest according to Button, but based on attitude more than ability.

“In terms of atmosphere, probably Ralf Schumacher or Jacques Villeneuve,” he explained to GPUpdate.net. “I was young and they didn’t like a young driver being in the team.

“It was probably more difficult with Jacques. But mid-season it was fine, the atmosphere was great, and we had a lot of fun.”

But while the 15-time grand prix winner rates Hamilton as the quickest driver he has competed against, it is Alonso who he thinks is the most all-round package – but then again he hasn’t work alongside Hamilton since 2013.

“In terms of outright pace, Lewis,” he continued. “He could be massively quick in qualifying and you’d think, ‘Where the hell did that come from?’ But he could also be a long way off.

“You could see his talent, but it wasn’t controlled enough, it felt. Suddenly you think you’re going to beat him in qualifying and then he beats you by four tenths.

“But in the race he disappears, you’re leading, and you’re like, ‘Where’s he gone?’ It was inconsistent, but unbelievably quick.

“In terms of the most-rounded driver, it would be Fernando. In terms of the way he works with the team, he’s very intelligent and he knows how to get his way! (Laughs)

“But also the way he works with the car in a race. In a race situation, he’s always there, whether he’s in front of you or behind you, he’s always right there. You can’t get rid of him!

“I’ve had some really good team-mates. I’ve had three World Champions as team-mates. Lewis for me is the quickest, but for me the most complete is Fernando. At that particular time, when we’ve been team-mates.

“Now, I don’t know. I don’t know where Lewis is. I feel as though Lewis has grown as a driver. I think he’s in more of a comfortable situation.

“When we were team-mates he could get flustered quite easily if I was working with the team well or I suddenly pulled out a good lap in qualifying. He seems to be a lot more relaxed and confident in himself now.”

As for his milestone of 300 starts – only the third driver after Rubens Barrichello (322) and Michael Schumacher (306) to reach 300 – Button says it is a “pretty awesome” achievement.

“When I started in Formula 1 I didn’t think that I’d be racing when I was 30-years-old, so to be 36 and still racing… Time really does fly! It’s amazing how quickly the years go by.

“It seems that when you start the season, with an uncompetitive car, you’re already thinking about the next year. It’s a tough sport. I’ve had lots of good times, I’ve had some tough times as well, but I must say that I’ve had more good times that bad times in my career.

“To reach 300 Grands Prix is pretty awesome. It’s not an aim when you start in Formula 1, but it’s a nice achievement to be around for that long.

“You go through so many years of the sport and you see so much change – the V10s, the V8s, the V6s, the electronic power, different tyre manufacturers and different teams. You learn a lot.

“I think because there’s so much change in the sport, that’s what keeps drivers for a long time. I’m 17 years into the sport, but I’m still learning different things. You always keep learning, which is the most important thing.

“You’re never going to know it all, so it’s important to be open-minded and willing to learn.”