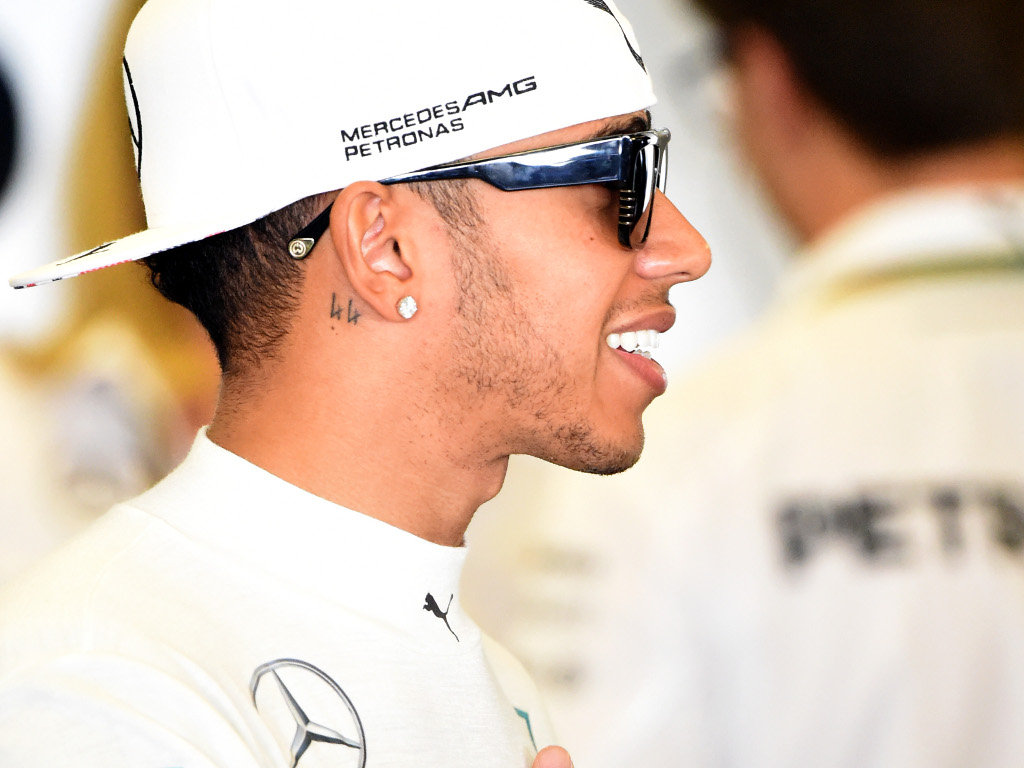 Lewis Hamilton says any excitement he is feeling is joyous and not nervous as he chases his second “first” Drivers’ Championship title.

Ahead of Sunday’s finale at the Yas Marina circuit, the odds are staking up in Hamilton’s favour.

Not only does the 29-year-old have a 17-point lead over Nico Rosberg in the standings but he was also the one to beat in Friday’s practices.

Edging his team-mate in both sessions, a 1-2 finish for Mercedes would hand Hamilton the World title irrespective of whether he is first or second on the day.

But despite that, Hamilton insists the crown is not yet his – although he’s by no means nervous about it.

“I don’t come here thinking I’ve got one in the bag. I feel I’m chasing my first,” he revealed.

“It’s a lot different this time. I’m excited about it. That’s a huge difference.

“It’s like being a kid at Christmas, it’s just that I need to control that excitement. I don’t have any problems with that.”

As for his running on Friday, the 2008 World Champion finished FP2 a mere 0.083s up on Rosberg in what is looking to be a closely-fought tussle between the team-mates.

“It was a good Friday,” said Hamilton.

“The car feels great, the best I’ve ever driven at this track without doubt. The team have done an amazing job.

“So far it’s all moving in the right direction, so I just have to keep working away at it.”