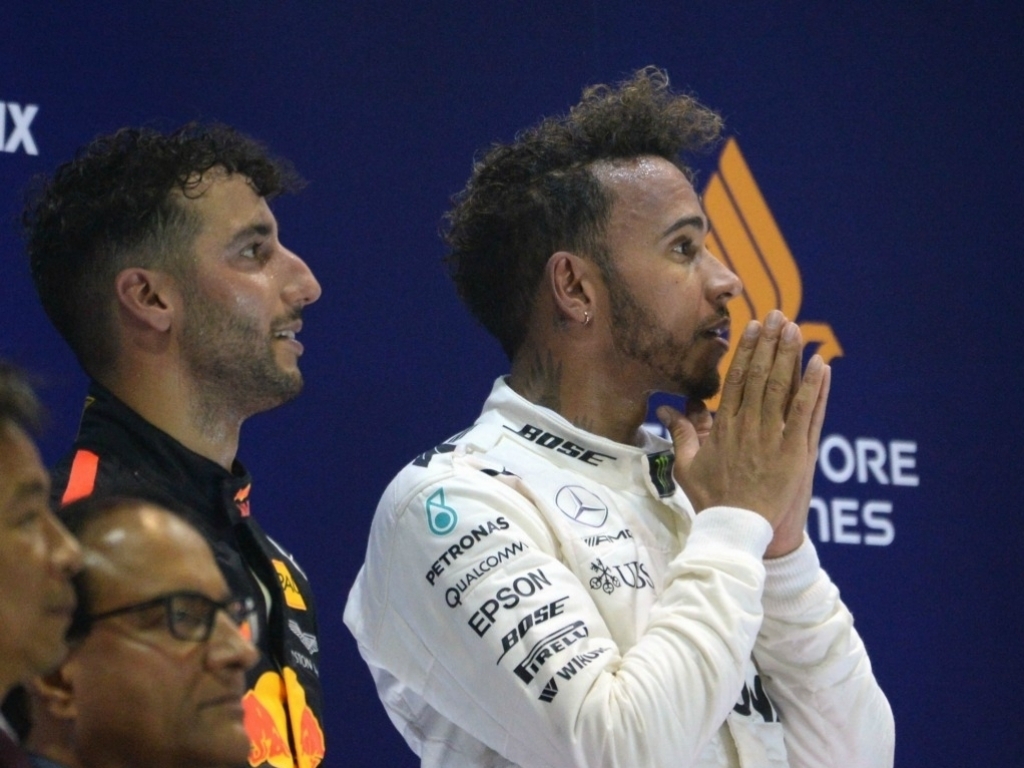 Lewis Hamilton was counting his lucky stars after he took a 28 point lead in the World Championship following a shock win under the lights and rain at Singapore.

Hamilton saw his title rival Sebastian Vettel, as well as Kimi Raikkonen and Max Verstappen all retire on the first lap after a heavy collision between the three off the start.

The Brit was able to breeze past the incident and controlled the race from then on despite frequent Safety Car appearances in changeable conditions.

"I want to congratulate the team. It's amazing points," Hamilton said on the podium. "Yesterday we struggled and had no idea what was going to happen today.

"It was very fortunate with the Ferraris at the beginning. I'm really thankful.

"God blessed me today for sure. I capitalised on the incident. Who would've known that would happy. It's really unfortunate for Ferrari but great for the team.

"Daniel put up a great fight. I hoped I would be fighting Sebastian. It's better the way it is and I'm glad we got it home.

"You're just focused on winning and I was just trying to get to the front. When it rained I knew where I was going to finish.

"Rain is my conditions."

There could be more bad news to come for Vettel, who is under investigation from the race stewards alongside Raikkonen and Verstappen.