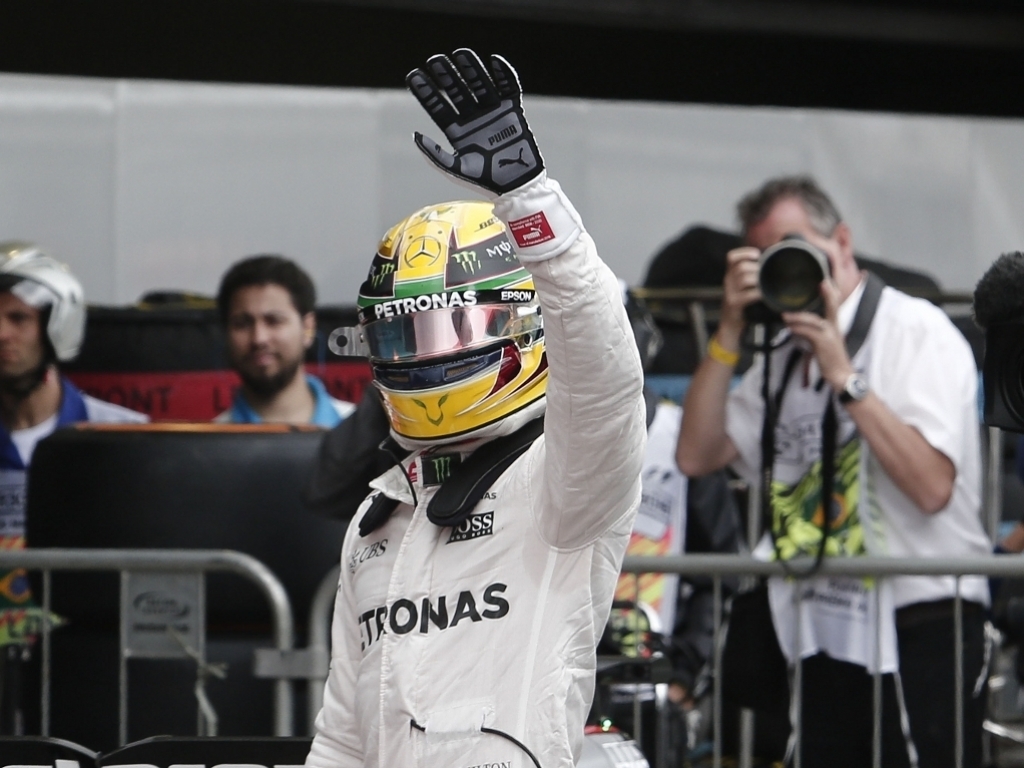 Having yet to win a race in Brazil, Mercedes driver Lewis Hamilton said he feels comfortable ahead of Sunday’s race and is hoping to continue keeping his team-mate and rival Nico Rosberg in-check.

Posting a fastest lap time of 1:10.736, the Brit secured his pole position 0.102s ahead of Rosberg, who will start the Brazilian Grand Prix P2.

Not including the final practice session, the triple World Champion has topped all the sessions leading up to the race.

“I felt quite comfortable in qualifying as I’ve have done all through the weekend to be honest,” he quipped.

“Nico has been getting quicker and quicker but I’ve generally had it covered throughout the weekend.”

Hoping to extend the title fight to Abu Dhabi, Hamilton is eager to claim his first victory in Interlagos as he aims to continue cutting down Rosberg’s 19-point lead on the Drivers’ Championship table.

“It’s the best that I could have hoped for coming into Brazil,” said Hamilton.

“This is only my second pole here. It’s always a track that I’ve struggled so I’m really happy to be up in the front.”