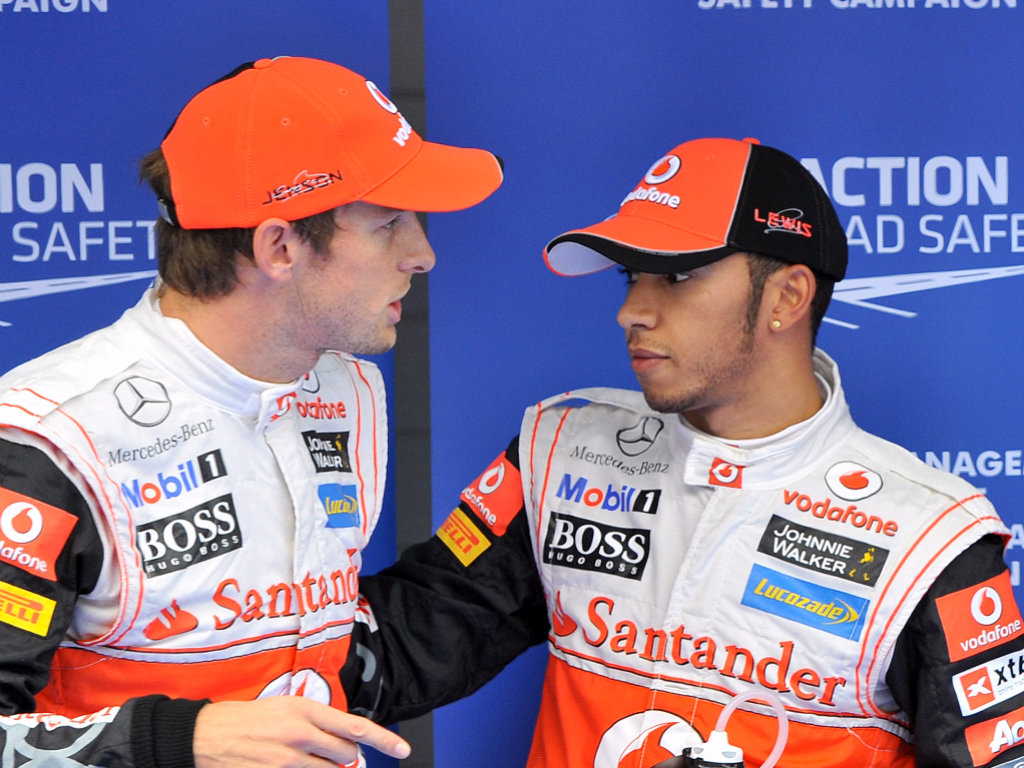 McLaren team principal Martin Whitmarsh admits Jenson Button’s outstanding form may have something to do with Lewis Hamilton’s current woes.

While Button has been keeping World Champion Sebastian Vettel honest at the front of the grid, his team-mate has been making all the wrong headlines.

Button is on course to finish ahead of Hamilton in the Drivers’ Championship as he enjoys a 38-point lead over the 26-year-old with only two races left. Should Button pull it off then it will be first time that Hamilton has not finished ahead of his team-mate since he made his debut.

“In truth Lewis will be feeling under pressure because of the great performance of Jenson at the moment,” said Whitmarsh.

“If you’re honest, the first driver you want to beat is your team-mate. We don’t hide from that, and neither do Lewis or Jenson.

“They are there to beat each other, but Jenson’s been on a run.

“Of course, Lewis is the great exciting driver he is, but he’ll not like being beaten by anyone, least of all by Jenson.

“Even though outside the car they have a fantastic relationship, Lewis will not like being beaten by his team-mate.

“But then I don’t want him to enjoy being beaten by his team-mate. I want him to try and beat Jenson, just as I want Jenson to beat Lewis.”

Button, meanwhile, is happy to be in front of Hamilton.

“We all want to beat our team-mate, whatever we say, that is the way it is,” the 2009 World Champion said. “You have the same equipment. You have to work with your team-mate or you won’t have a quick enough car to fight the top guys. But in the car, of course, you want to beat him and it is a real challenge to beat [Lewis]. He is unbelievably quick.

“But that is the challenge I wanted when I came here. I wanted to find out where I really stand compared to Lewis.”

One person who is confident that Hamilton will get his act together soon is Formula One supremo Bernie Ecclestone.

“It’s not intentional is it?” remarked Ecclestone on the number of incidents between Hamilton and Massa.

“These things happen. It’s just strange it always happens to those two.

“But in life you go through ups and downs. He is just going through a bit of a rough period generally in his life.

“When life is easy you get lucky and everything goes well, but when things start going wrong they always seem to pile up.

“But he’ll get out of it. I spoke to him on Saturday and he was all right. I’m sure he’ll be okay.”