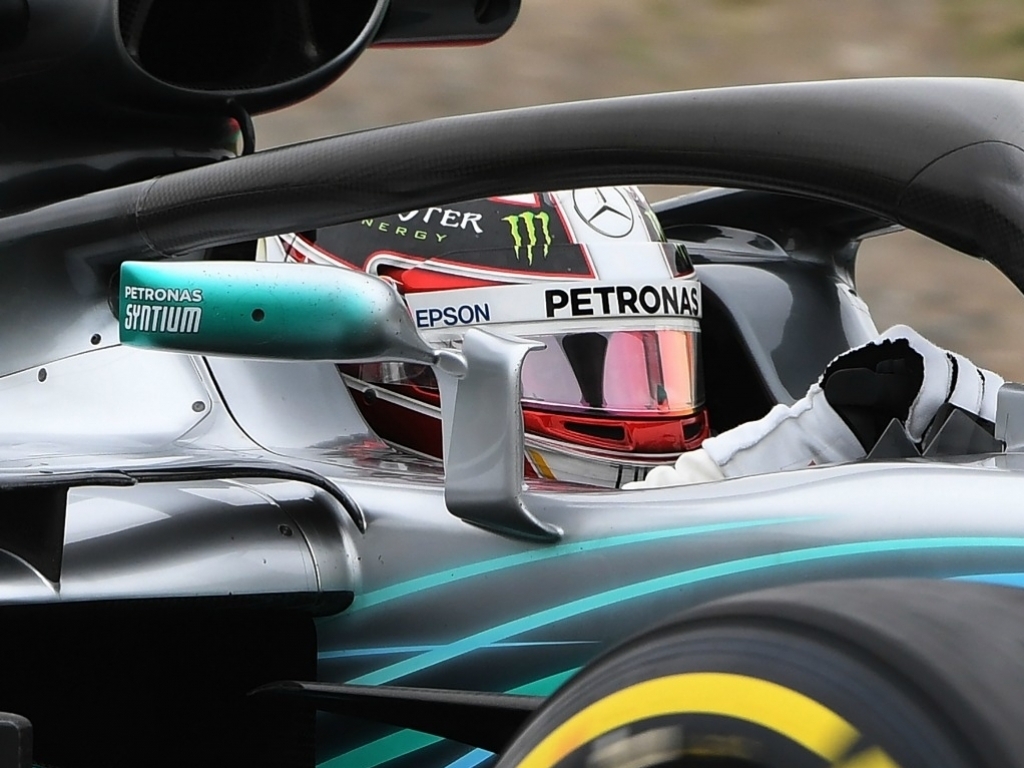 Lewis Hamilton has said it has been a productive day for Mercedes in China, but is well aware of the threat that Ferrari and Red Bull are posing this weekend.

Hamilton topped both practice sessions at the Shanghai International Circuit, but Ferrari’s Kimi Raikkonen narrowed the gap in FP2 to just 0.007 seconds while team-mate Sebastian Vettel was within a tenth of his major title rival.

The Brit declared himself happy with his day’s work and is also happy to see that there is hardly anything to choose between the leading trio of teams, with Red Bull displaying good race simulation pace in FP2.

“It has been a good day,” said Hamilton.

“We got through all the laps that we needed. We’ve got some good feedback about the car. We’ve been progressing through the sessions and we’ve got a good idea.

“It’s quite straightforward here. I mean all the tyres are quite similar in pace. So there’s not a big, big difference between them even though we have the double step for the ultrasoft.

“Ferrari are still quite quick. Red Bull were really quick on the long run. But, it’s good to see all the times so close.”

“I think Ferrari [will be our biggest rival],” he said. “It seemed extremely close again with them. So, I think tomorrow is going to be a close qualifying and then Sunday as well.

“[The balance] was a lot better in practice two. Practice one we had a lot of issues. The car, even though it was quick, it wasn’t easy to drive at all.

“We got it better for practice two and that way lap times were improving. Hopefully [we can make] another step for tomorrow.”