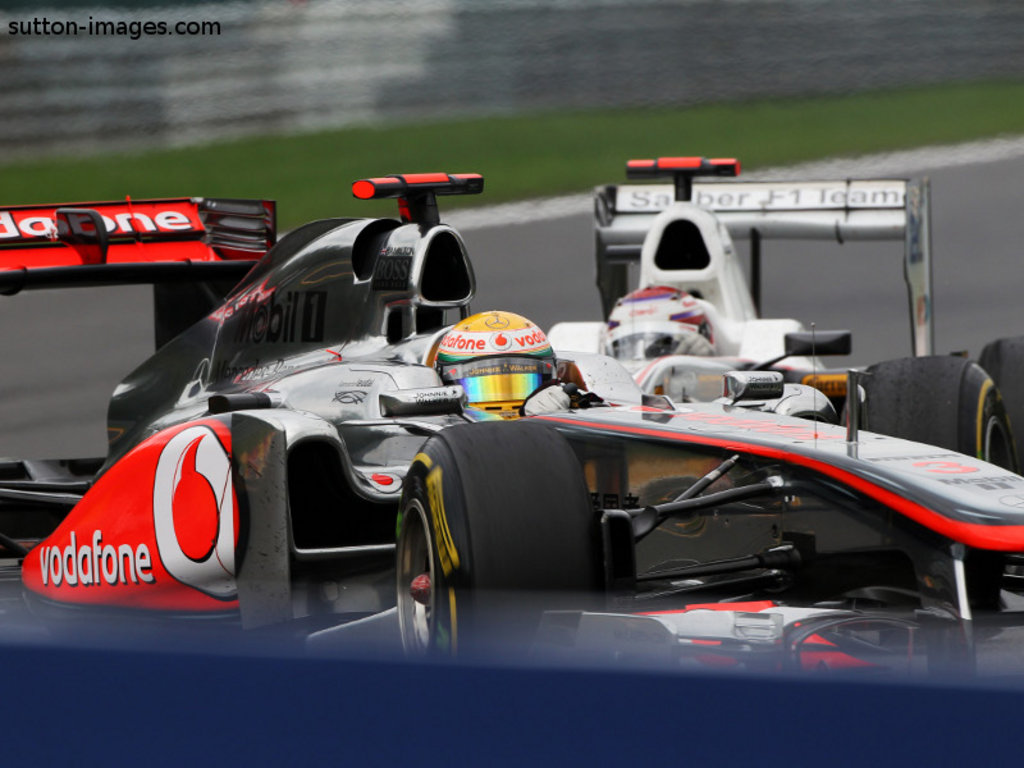 Lewis Hamilton has – again – written off his chances of winning the World title after failing to finish in Belgium.

Hamilton’s Belgian Grand Prix came to a crashing conclusion on Sunday afternoon when he ploughed nose first into the barriers after clipping Kamui Kobayashi’s Sauber.

It was not the result that McLaren needed for the Championship quest as points leader Sebastian Vettel clinched the victory, extending his lead over the chasing pack.

Hamilton’s DNF meant he dropped to fifth in the standings, behind team-mate Jenson Button, and trails Vettel by 113 points with just 175 to play for.

“Everyone should forget about the title because it is not going to happen,” Hamilton said.

The Brit, though, is completely writing off his season as while first may be out of reach, he can still fight for the runner-up finish as he is just 21 points behind Mark Webber who currently occupies that position.

“I’ll get as high up as I can in the Championship, but that’s it.”