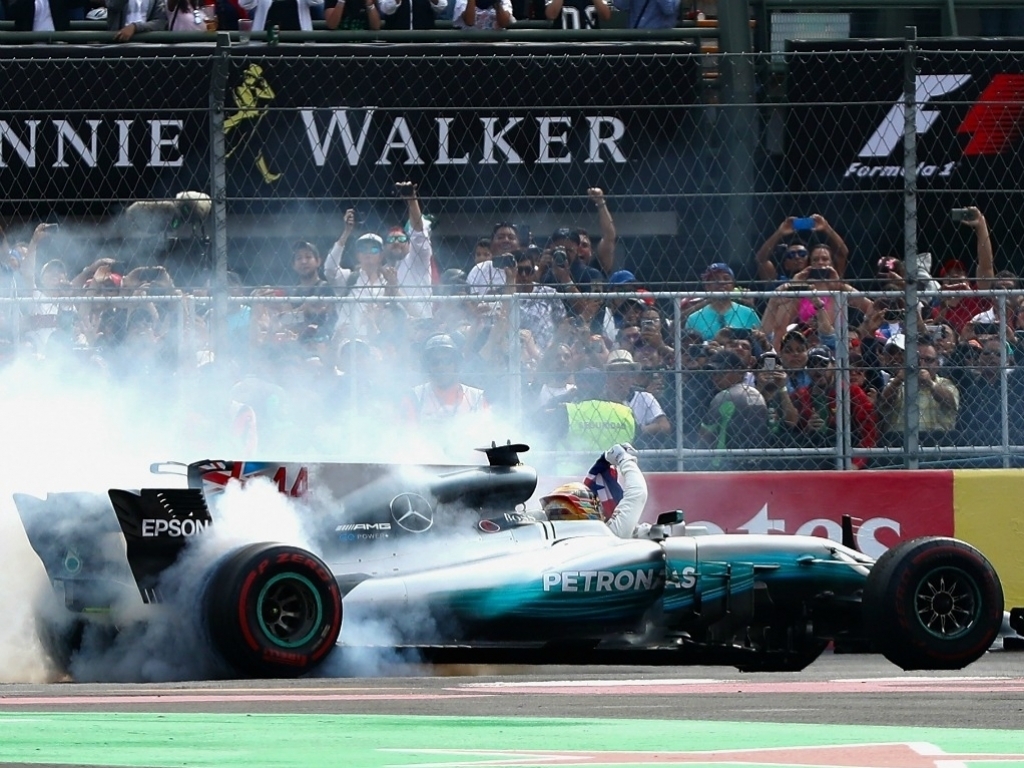 Lewis Hamilton was left with a surreal feeling after winning a fourth World Championship with a P9 finish in a chaotic race in Mexico.

Hamilton, who started P3 on the grid, knew that a fifth-place finish higher would have been good enough to clinch the title regardless of what pole-sitter Vettel did.

But Vettel and Verstappen made contact at the start, before the former then came together with Hamilton. Vettel and Hamilton both needed to pit after the first lap and both were left with recovery jobs.

Vettel could only climb up to P4 which was not enough to delay Hamilton’s title celebrations for another race as he came home ninth.

“I did everything that I could,” Hamilton said in front of the stadium section in Mexico.

“I had a good start. I don’t really know what happened at Turn Three – I gave him plenty of room.

“I tried as hard as I could to come back. A big thank you to my family and my team. Mercedes have been incredible for the past five years and I’m so proud to be a part of it.

“It doesn’t feel real. That’s not the kind of race that you want but I never gave up. I kept going right to the end.”

Hamilton now joins Vettel and Alain Prost on four World Championships, with Juan Manuel Fangio next on the all-time winners’ list with five and Michael Schumacher top with seven.