Home Uncategorized Hamilton ‘giving it everything’ he’s got 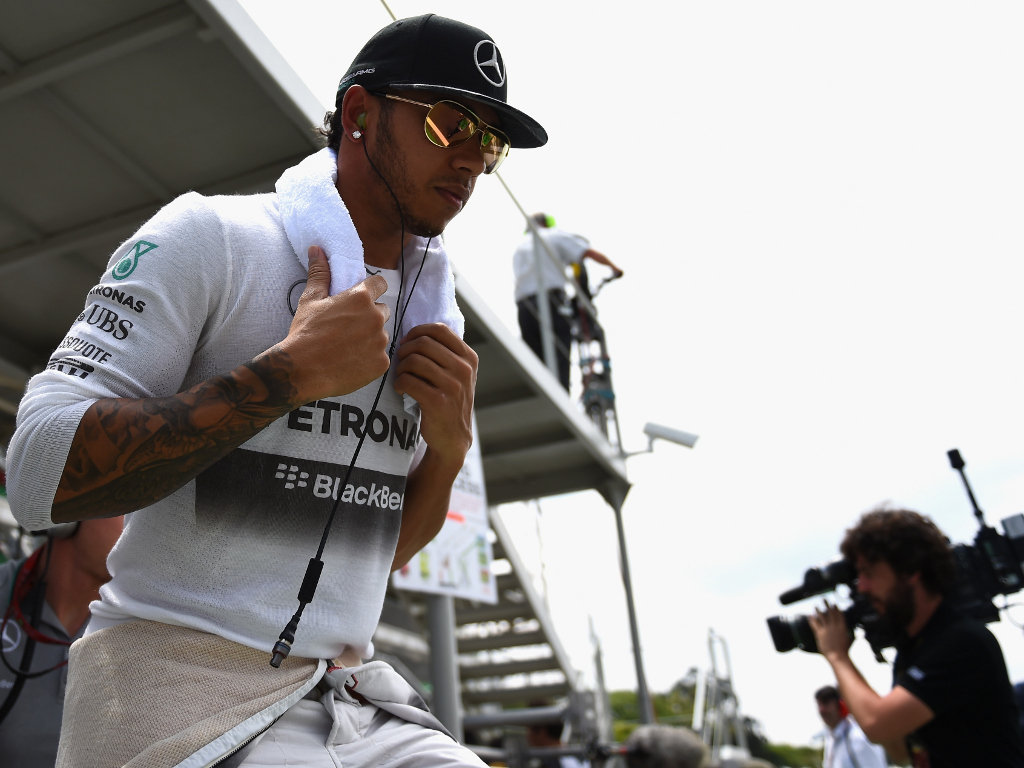 Lewis Hamilton may be heading to Abu Dhabi with one World title to his name but the Brit says he feels like he is fighting for his first “all over again.”

Hamilton will arrive in Abu Dhabi for next weekend’s title showdown with the advantage firmly in his favour.

Not only does he have a 17-point lead over Nico Rosberg but he also has the experience of having already fought for – and won – a World title.

The Mercedes driver, though, says it feels like he’s doing it for the first time – again.

“People talk about how long it’s been since I won the title – but I honestly feel like I’m fighting for my first World Championship all over again,” he stated.

“Sure, I’m older and maybe a little bit wiser than I was back then. I’ve learnt a lot in the years since 2008 – but I’m still the same driver.

“I still have the same hunger, the same will to win, and I’ve been giving it everything I’ve got from the word go this season.

“I’ve had ups and downs along the way – but I’ve never once given up. I’ve managed to fight my way back from whatever has come my way and my approach doesn’t change for this race.”

Needing to finish second or higher to secure the title no matter what Rosberg does, Hamilton is buoyed by his past performances in Abu Dhabi.

He has twice finished inside the top-two, including a win in 2011, and was seventh there last season in his first campaign with Mercedes.

He does, however, have two UAE retirements to his name, something he says Mercedes will be working hard to avoid adding to next Sunday.

“I’ve got a good record at the Abu Dhabi circuit. Last year was actually the only time I’ve not started on the front row or finished on the podium. But I’ve also had some misfortune there over the years – particularly in 2012.

“I’m hoping that bad luck won’t play a part this time around and I know that the team has been working flat out to make sure it doesn’t.