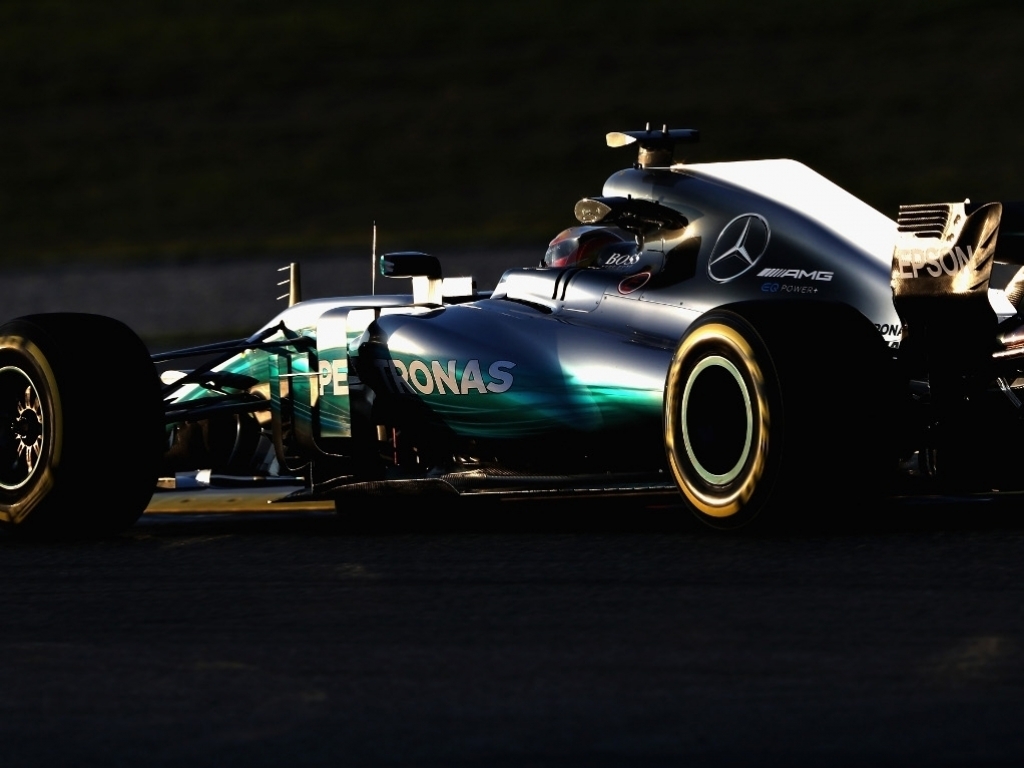 Picking up where he left off last season, Lewis Hamilton declared the opening day of testing a “good” one for Mercedes as he finished P1.

The triple World Champion joined the action on Monday afternoon as he took over from new team-mate Valtteri in the W08.

Hamilton, despite having just four hours of running, amassed 73 laps.

“It has been a good day, a positive day for the team,” Hamilton told the BBC. “Lots of laps and information gained so we can try to improve the car.”

His performance on Monday added weight to claims that Mercedes remain the team to beat despite this year’s new regulations.

Hamilton says that is to be expected.

He told Sky Sports News HQ: “Firstly, people always want to big you up at the beginning of the season, two, we are World Champions, and three, our car looks a thousand times better than anyone else’s so that [people saying we are favourites] is to be expected.”

Asked whether he felt that the new rules had made a difference, he replied: “It’s a much more beefed up version from the car we’ve had in the previous years.

“It’s a lot more downforce, a lot faster through the corners. And that means a lot more load for the driver which is quite a considerable amount which is a good challenge,” said Hamilton.

“It’s harder to get the car into the corner, its more force on the body, harder to hold your head up. It’s just a lot more physical.”

As for the new Pirelli tyres, which have been made wider for this year’s championship, the Brit revealed that there is very little drop-off in the performance.

“Normally you have a lot of degradation in these tyres but these ones don’t,” he said. “But there is not a lot of performance at the beginning of the tyre.

“They are very consistent, hard tyres. There is not a big difference from early on to later. There is a bit of a drop-off but not massive.”