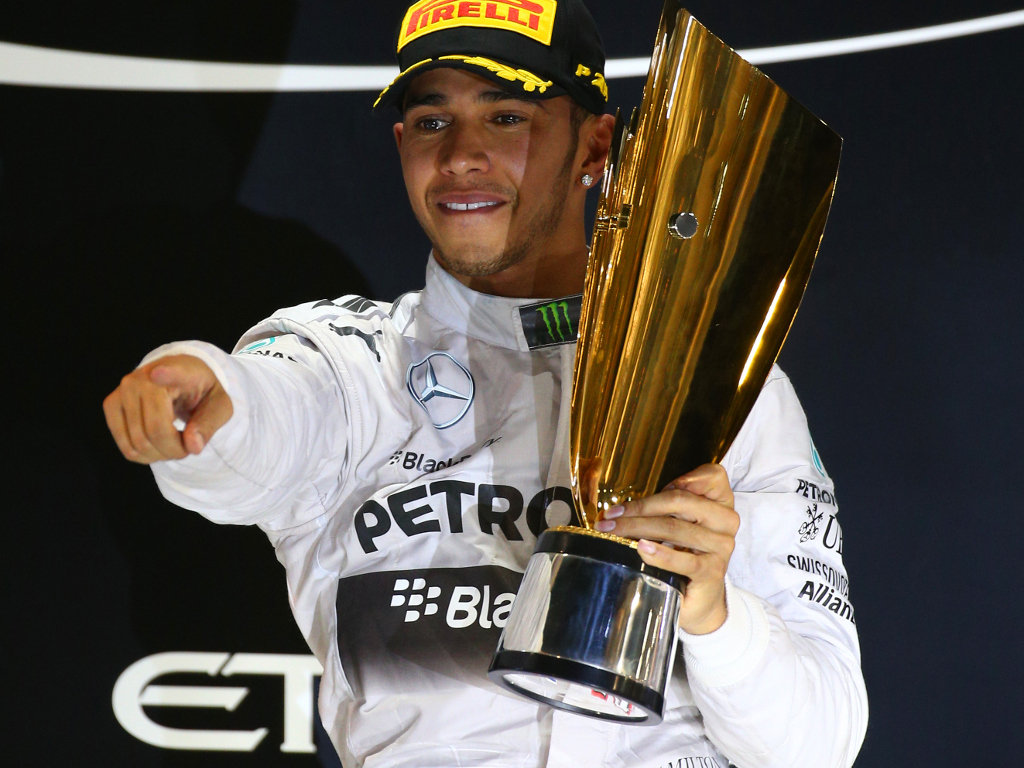 Setting up his 11th race win – and title – off the line in Abu Dhabi, Lewis Hamilton has hailed it as his “best start ever” while congratulating Nico Rosberg on a job well done.

The British racer added a second Drivers’ Championship title to his tally on Sunday evening when he claimed the victory at the Yas Marina circuit.

Needing to finish first or second to guarantee the title, Hamilton made a flying start that set up his race.

From there he maintained a gap to Nico Rosberg before being handed a relatively easy stroll to the chequered flag when the German’s ERS failed.

It was Hamilton’s 11th win of this season, the 33rd of his career, and it earned him his second World title.

“I can’t explain how much this means; it means even more than the first one,” he said.

“It was a good start, probably the best start I’d ever had.

“I knew straight away I was in the lead and that if I was ahead I had the race.

As for Rosberg, his ailing car meant he was unable to challenge, bringing a thrilling fight for the Championship to a whimpering end.

Hamilton, though, was one of the first to hail his rival, a long-time friend despite the tensions of 2014.

“Nico put on an incredible fight throughout the year, he was a phenomenal competitor,” said the new World Champion.

“We met each other back in 1997 and we always said it would be amazing to race in same team for the championship.

“He did an amazing job.”

Asked what Rosberg said when he approached Hamilton following the race, the Brit revealed: “He was graceful enough to come up to congratulate me.

“He just came into the room, very professional and he said: ‘you drove really well.’ And the same for him.”

Looking ahead to the future, many believe it is just a matter of time before Hamilton puts pen to paper on a new deal with Mercedes.

For now, though, he’s savouring the moment.

“This is the greatest day of my life and that’s due to people around me.

“2008 was special but the feeling I have now is above and beyond. It’s the greatest feeling I’ve ever had. Thanks so much everyone.”