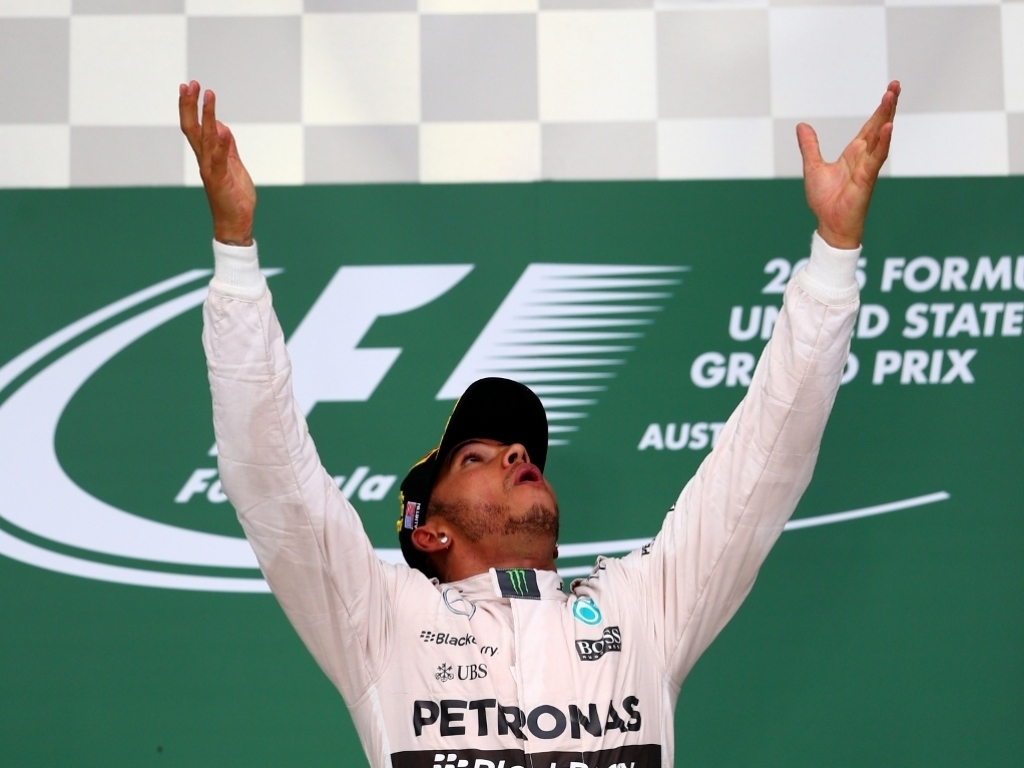 Lewis Hamilton has hailed his "faultless" Mercedes W06 after racing his way to a third Drivers' Championship title with a victory in the United States.

While many of Hamilton's race wins this season have been dominant displays, this Sunday he was made to work for it. The Brit not only had to fight with Red Bulls on the intermediate tyres in the early stages but he then had to fight his team-mate Nico Rosberg on the slicks.

It initially appeared as if Rosberg was going to win the day but an off-track excursion cost him as Hamilton shot through into the lead. He held on to win the grand prix, his third at the Circuit of the Americas, by 2.8s ahead of his team-mate.

Hamilton moved onto 327 points in the standings, 76 ahead of second placed Sebastian Vettel, which means he is the 2015 F1 World Champion.

"This is the greatest moment of my life," an emotional Hamilton said over the team radio after crossing the line.

He later said: "Amazing! I want to say a huge thank you to the whole crowd for coming out and standing through the rain and staying with us. I hope we put a good show on for you today.

"But I can't really find the right words this second to tell you how amazing this feels.

"I could not have done it without this team who have powered me throughout the last three years and have really taken me on board and helped nurture me and with a car that is just faultless. I love you guys. Thank you so much for all you do for me and all the guys back home.

"And then my family who are watching, I love you all. And team LH, still I rise."

But in a race where Hamilton didn't have it all his own way, the 30-year-old revealed there was a point where he thought it wasn't going to happen today.

"I'd fallen back, Nico pitted under the Safety Car, and he was really quick at one stage. But I never for one second believed that I couldn't do it.

"And we pushed, Nico drove a fantastic race, really he has done – since I've been with this team he's been driving fantastically well so mad respect for him as my team-mate.

"And otherwise, as I said, just a very humbling experience, especially to equal Ayrton Senna, who meant so much to me and still does today. So I feel very blessed today."