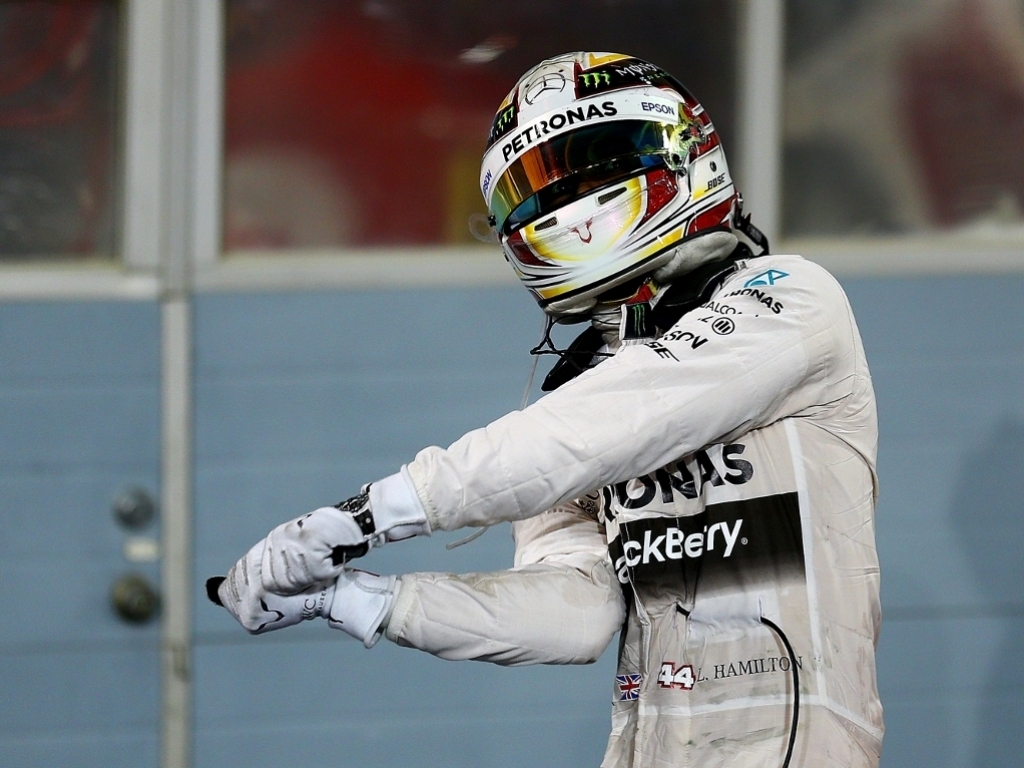 Lewis Hamilton continued his dominant start to 2015 with victory in Bahrain and then declared that the thought of a third title is driving him on.

After securing his second Drivers' Championship last year, Hamilton is continuing where he left off with his success at the Sakhir circuit on Sunday his third win in four races.

Although there is still a long way to go this season, the 30-year-old's mind is set on emulating the likes of Ayrton Senna and Jackie Stewart with three titles.

"I'm gunning for a third title," he said during the podium interviews.

However, he didn't have it all his own way as the Ferraris pushed them all the way this weekend with Kimi Raikkonen finishing second and Nico Rosberg third in the other Mercedes.

Hamilton wasn't helped by the fact that he had brake problems right on the final lap, but he took the chequered flag without much fuss.

He added: "Ferrari gave us a real good run for our money and out there it was really tough to look after our tyres, behind backmarkers and all sorts. Fortunately I was able to keep the car together and the tyres as healthy as possible and pull it through. But we need to keep pushing as a team.

"I think my brakes just got a bit warm behind some backmarkers. When you get behind them there is no cool air coming into the brakes so they got a bit warm, but it wasn't really a problem."