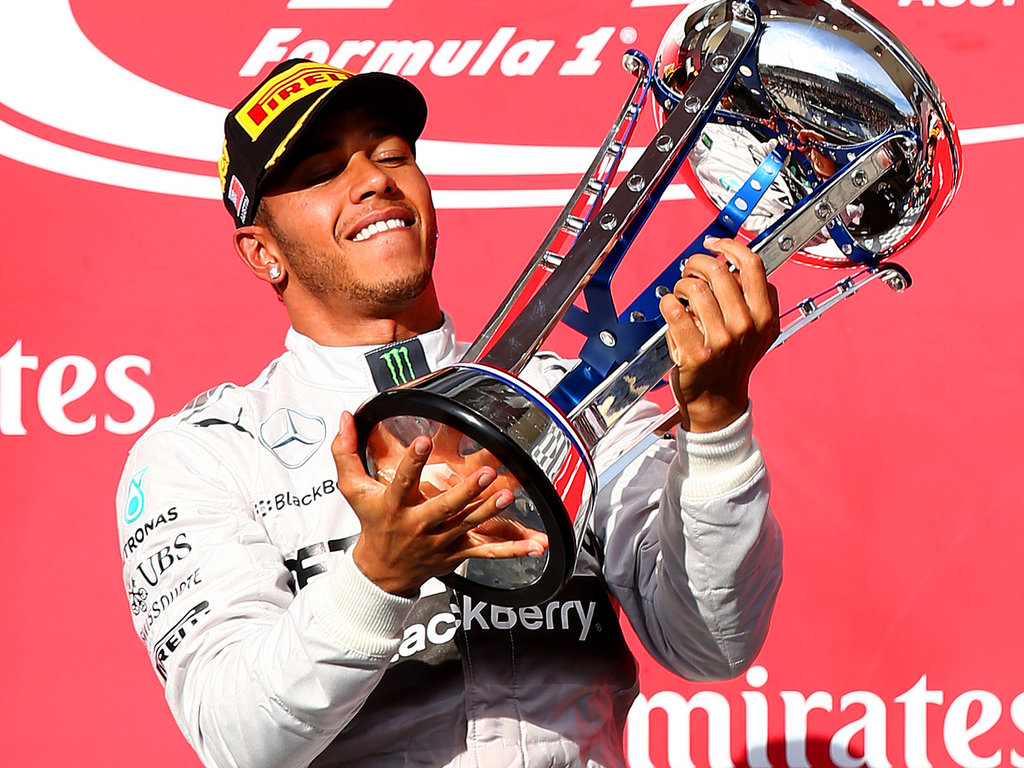 It appears as if Lewis Hamilton can do no wrong at the moment after he opened a 24-point lead in the standings with his 10th win of the season in Austin.

Despite starting the United States GP second on the grid behind Mercedes team-mate Nico Rosberg, he bided his time after a solid start and eventually made the race-winning move on lap 23.

He then maintained a gap of two seconds until the chequered flag and increased his lead over Rosberg in the Drivers’ Championship to 24 points with only two races still to go.

Although there will be double points on offer in the season finale in Abu Dhabi, the momentum appears to be with Hamilton as his victory at the Circuit of the Americas was his fifth win in a row.

“It has been an incredible run, this whole season has been incredible. Nico was very quick in qualifying, I had a couple of problems and I corrected them today,” the 29-year-old said.

“You never know how the race is going to go. Once I was past Nico I was controlling it – it was about trying to maintain the gap.

“It feels great when you have a race like that – you have done it in the best way you can.”

The 2014 Drivers’ title will be settled in Abu Dhabi even if Hamilton wins at Interlagos next weekend and Rosberg fails to score any points.

“We are hunting for those points,” Hamilton added. “During the year you have to be balanced in your risk – and I will continue to do the same.”

Sunday’s win was also the 32nd of his career, taking him past Nigel Mansell on the list of Brits with the most F1 wins.

“I’m so privileged. To be at the top of the wins is quite special.”