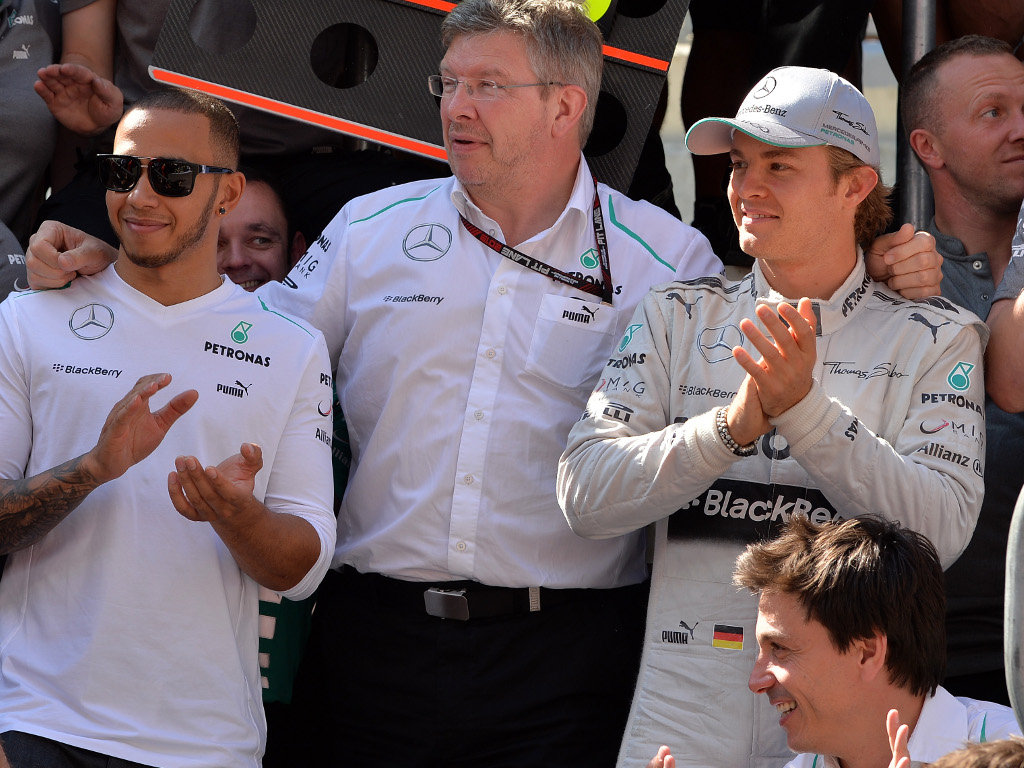 As Ross Brawn prepares to walk away from Mercedes, Lewis Hamilton says the Englishman is a “legend” and that Mercedes will go on…

As Ross Brawn prepares to walk away from Mercedes, Lewis Hamilton says the Englishman is a “legend” and that Mercedes will go on.

Earlier this week, Mercedes confirmed that Brawn would be leaving the team at the end of this year.

The 59-year-old’s departure brings to an end his brief relationship with Hamilton, who at the start of this year cited Brawn leading Merc as one of his reasons for joining the team.

Now, though, Hamilton is bidding farewell to the team boss.

“Massive thanks to Ross Brawn,” he tweeted. “He’s been a great leader and teacher for me. Ross has built the foundations for us to succeed in 2014! Legend.

“Toto and Paddy are fantastic guys and strong leaders for the team. I’ve started my training already and can’t wait for 2014!”

Meanwhile, Nico Rosberg, who has worked alongside Brawn for the last four seasons, tweeted: “Was a great experience to work with Ross.

“He is a great leader and we shared special times like my first win (in China 2012) and monaco win (this year).

“Our ambition is to be leading next year. Now on we go flat out with Paddy and Toto! starting with seat fit and 2014 simulator 2morrow.”