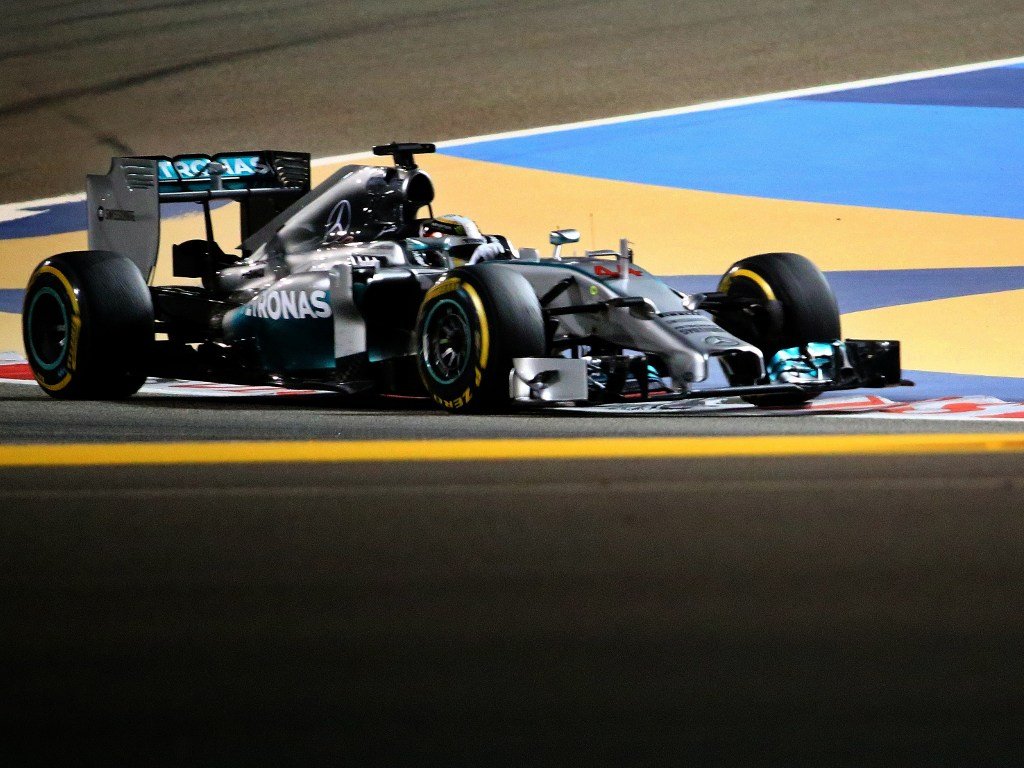 Lewis Hamilton believes Mercedes have made strides forward since the beginning of the season having set the pace in Bahrain practice.

Arriving in Bahrain on the back of his Malaysian Grand Prix victory, Hamilton remained the driver to beat ahead of his team-mate Nico Rosberg.

Putting in the laps at the Sakhir circuit under the lights on Friday night, the Mercedes driver clocked a 1:34.325 to edge Rosberg by 0.365. The Brit, though, was a full second up on third placed Fernando Alonso.

Bahrain also gave the first indication of how far teams had come since the start of the season as the Sakhir circuit played host to the final two pre-season tests.

And Hamilton is very happy with his team’s notable improvement.

“It’s been a pretty decent day,” he said.

“I’ve loved driving and the car feels better here now than it did when we were here testing.

“I’ve a much better feel of where I need to put the car, so I’m very happy with the practice sessions.

“Of course, it’s definitely good to come here off a positive weekend, with that momentum, but we still have a lot of work to do to really dial in the car, both in qualifying and the race.

“It’s still going to be tough, a real challenge, particularly with the temperatures dropping all the time, so the balance is shifting throughout the run.

“But we feel strong, I feel strong in the car, so let’s hope it is the case.”

The 2008 World Champion, though, conceded that Friday’s times don’t always count for much given that teams all run different programs.

“Nico’s very quick, he’s very competitive,” he added. “Today you don’t really know what fuel those [other] people are on so it’s difficult to really know where you stand. Tomorrow we’ll get a better understanding.”

As for Formula One’s first foray under the lights at the Sakhir circuit, Hamilton revealed that it caused a few issues with the tyres.

“The track temperature was 38-40 degrees and then this afternoon was a lot cooler, about ten degrees, so it’s just really not trying to panic and react [to the change].

“We struggled a bit on the tyres as everyone did.”