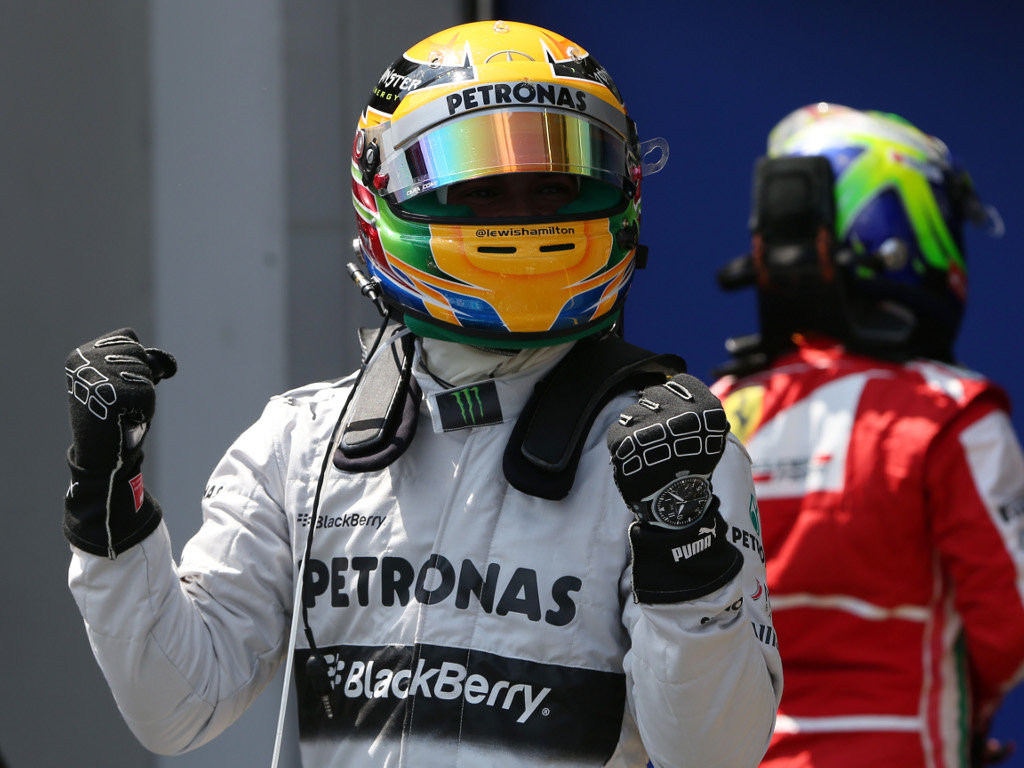 Lewis Hamilton is “grateful” to his Mercedes team after they turned a “disaster” into Saturday’s pole-winning car.

Although Hamilton set the pace in the weekend’s opening practice at the Nurburgring, he struggled in the latter two sessions.

Finishing 1.227s down on Sebastian Vettel in final practice, the 28-year-old faced a tough challenge closing the gap.

But close it he did.

“I’ve been struggling since the first run in P1. P2 and P3 were disasters and it got worse this morning and we were miles off.

“I was a good eight-tenths of a second off and I wasn’t happy with the car at all.

“We went back and worked hard, tried to analys everything and made lots and lots of changes and just hoped that it would work.

“Fortunately the car was beneath me and I was able to put in the time that I did.

“I’m grateful for the work that the guys did with me and this is down to the hard that the team put in.”

Hamilton is now intent on following up his third Mercedes pole with his first victory for the team after watching his team-mate Nico Rosberg take his second of the season at Silverstone.

The German, though, will face a tough task doing the same at home as he failed to make it into Q3, qualifying 11th.

Asked about his team-mate’s demise, Hamilton said it was a “big surprise” for all at Mercedes as Rosberg had been “quick” throughout the weekend but was “caught out.”