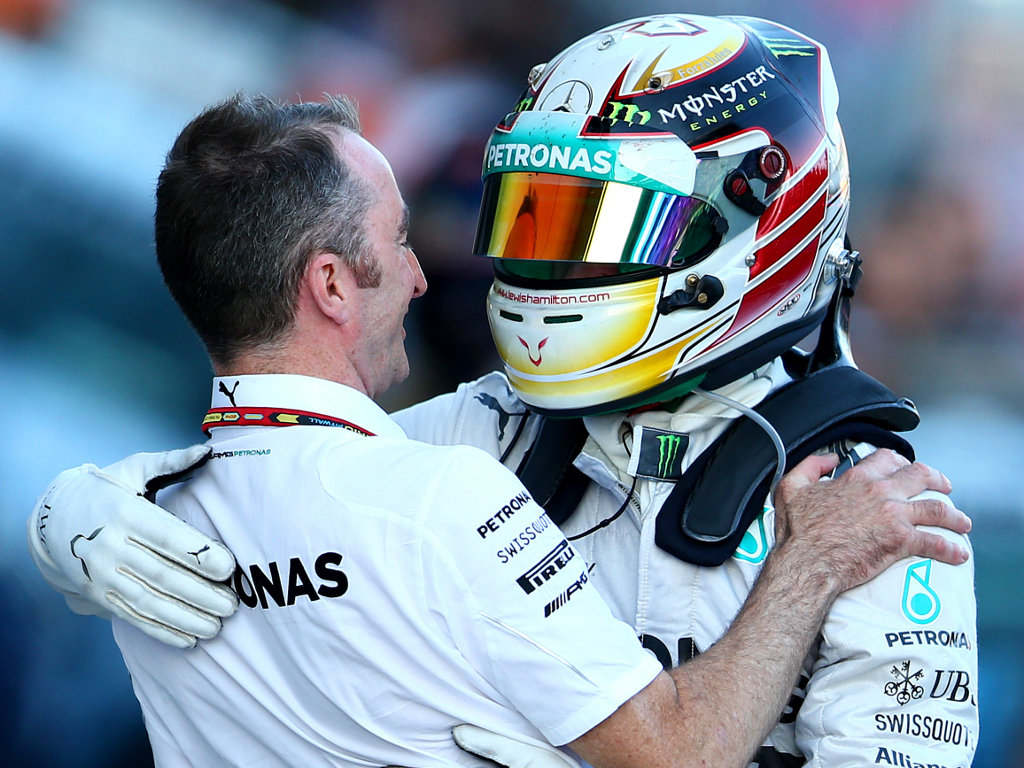 Lewis Hamilton has heaped praise on his Mercedes team for producing a “dream” car and says he hopes to spend a couple more seasons with the team.

The 29-year-old opened a 17-point advantage over team-mate Nico Rosberg in the Drivers’ Championship with his victory at the inaugural Russian Grand Prix while Mercedes secured their first-ever Constructors’ crown.

Hamilton, whose contract with Mercedes runs until the end of next season, expressed his gratitude to everyone at Mercedes after the race and also insisted that he wants to sign a new contract.

“There is an incredible synergy within the team, there is huge support from the team and they are real racers,” he told BBC Sport. “They really want to win and this car and this engine are just mind-blowing.

“I am very happy here and I am very committed as they are with me. Lets get this season out of the way and then we will talk about a new contract.

“I think longevity with a team is something really special, I had six great years at McLaren and I would love that here with Mercedes.”

He added: “It’s been an incredible weekend and it’s been an unbelievable job from this team for what they have achieved and it’s been great to be a part of it. The car has been a dream to drive and I could have only dreamed of a day like this.”

Hamilton’s road to victory at Sochi proved to be straightforward on Sunday as Rosberg ran wide at Turn 1 and was forced to make an unscheduled pit stop on lap one.

He admits flashes of the Belgian GP, when he was forced to retire after Rosberg clipped his rear tyre while they were battling over P1, went through his head.

“The last time we were that close the guy took me out. I was just making sure I didn’t get any punctures and got round the first lap.

“I still thought he would be pushing me but he did the damage to his tyres but I was so surprised he finished second on the same tyres though.”