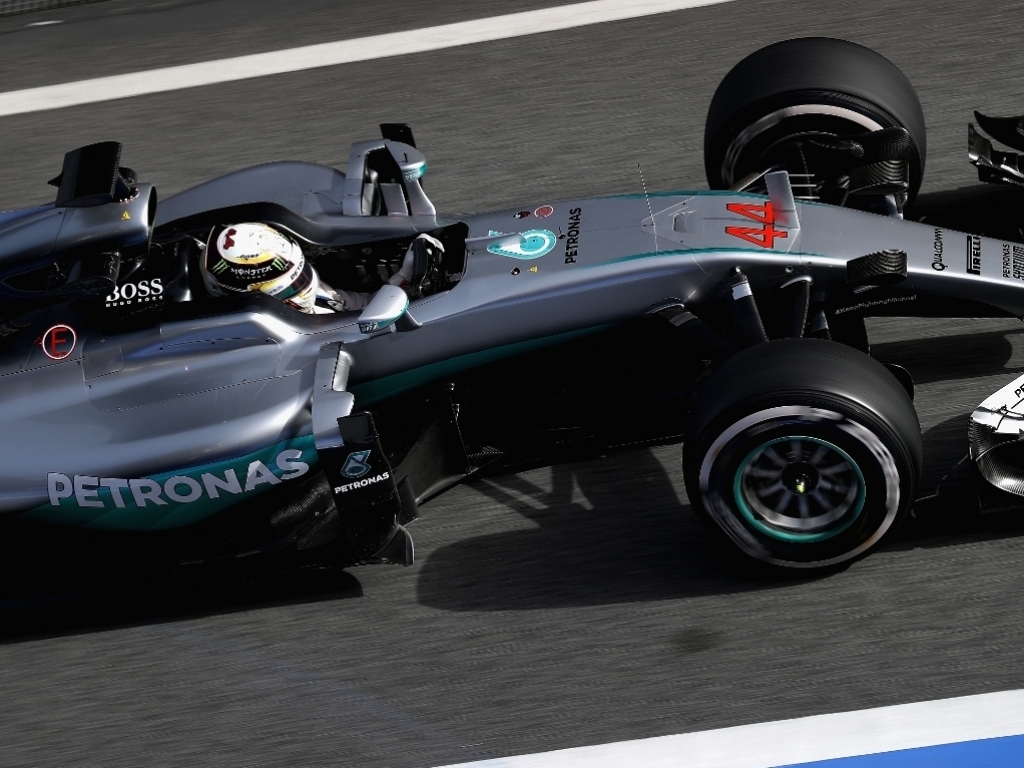 With 156 laps under his belt and second quickest on the timesheet, Lewis Hamilton has billed Monday as his “most impressive first day” of testing.

The Mercedes driver was in action at the Circuit de Catalunya on Monday and was the first driver out on track as he debuted the W07.

He racked up the laps while also setting the pace before losing out to Sebastian Vettel just before the lunch break.

The Ferrari driver held onto the P1 through to the close of play with Hamilton 0.470s adrift.

The Brit, though, covered the most laps, tallying up 156, 68 more than any other driver.

“Today is just a real show of just how amazing this team is,” said Hamilton.

“From as far as I can remember, and I’ve been driving a long time, I’m certain this is the most impressive first day I’ve had.

“If you look back at the first days I’ve had in 2013 and maybe 2014, I had those glitches with the brakes so it’s nice to have a clean day without any issues with the car. Really just go above and beyond.”

Questioned as to whether Monday’s run would boost his motivation ahead of the new season, he responded: “There was no need to find motivation.

“The motivation was to get the car as far as possible in terms of distance, because that means this puts us in a good spot for the upcoming season.”

This year Hamilton is chasing his third consecutive World title with Mercedes but despite his recent successes the 31-year-old says he is facing a difficult season.

“Every year you have to expect it to be harder. In terms of my preparation, I’m preparing for the hardest season I’ve had so far,” he said.