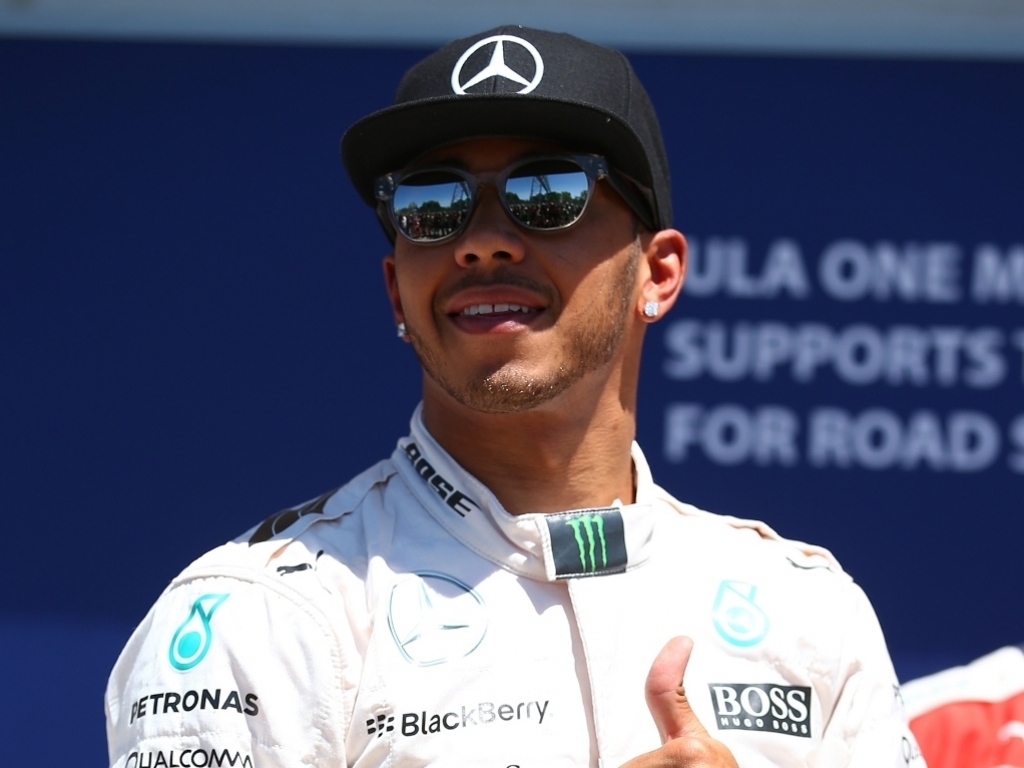 Lewis Hamilton has praised his Mercedes team for "regrouping and pulling together" to help him to secure the 44th pole position of his career ahead of Sunday's Canadian Grand Prix.

Coming into this weekend's race, paddock talk was dominated by Merc's strategy blunder in Monaco which cost Hamilton victory with Nico Rosberg going on to claim the win.

Hamilton, though, has responded in the best possible fashion as he topped the timesheets in both sessions on Friday, but he had problems in FP3 on Saturday morning following a crash in the wet in FP2.

However, he put all that to one side in qualifying to beat Rosberg to pole, which was the 44th of his career.

"It really is [quite special]. I feel amazing today," he said. "It wasn't the easiest of days and FP3 was actually quite tough as I didn't actually get any completed laps, which was mostly my fault. So I went into qualifying a bit blind as to what the set-up would be.

"But yeah, I won my first grand prix here in 2007 and that was incredibly special so to be back here and to finally get another pole here, and it being the 44th, is very, very special for me.

"Once again an amazing job from the team, regrouping, pulling together to help keep me and Nico up here is really and on the front row is a great job."

Hamilton, though, didn't really produce the perfect lap, but his time of 1:14.393 was enough to see off the challenge of Rosberg.

"The first lap was pretty good, but could have been better," he said. "The next lap started off bad, but was then good in the middle sector.

"There was good time in the car and I'm very happy with it. It was definitely tough out there with these tyres as it was hard for everyone to switch on, but I enjoyed it."