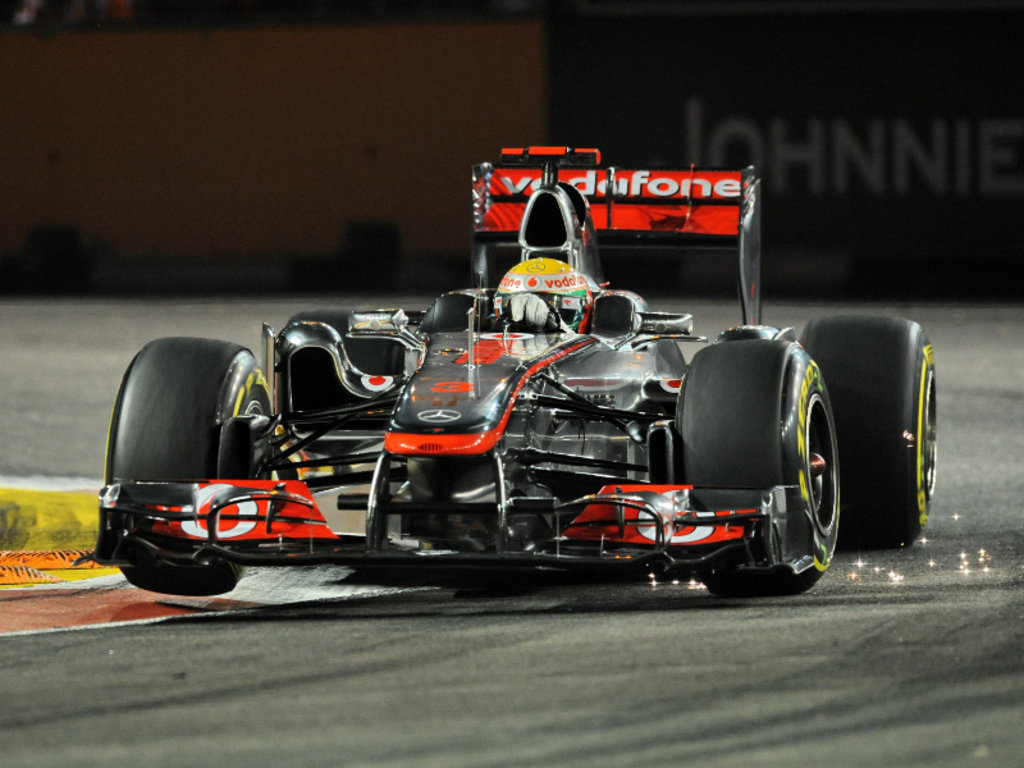 Lewis Hamilton is upbeat about his P4 in qualifying even though he concedes problems kept from him a front row grid slot.

The McLaren driver had an “eventful” outing at the Marina Bay circuit on Saturday night when he was almost ousted from qualifying in Q2.

Suffering a right rear puncture late in the second qualifying segment, Hamilton, who was eighth at the time, waited with baited breath to see whether he would make it through.

Sitting in the pits while those behind him completed their laps, the McLaren driver’s time proved too quick and he went through into Q3.

However, his woes did not stop there.

The Brit had a very near coming together with Felipe Massa as the start of the qualifying shoot-out as he was eager to take track position away from the Ferrari driver.

Massa eventually yielded and Hamilton went on to post the second best time, four-tenths down on Vettel’s 1:44.381, before heading back into the pits.

And although he was keen on a second run and attempt on pole position, he was forced to remain in the pits for the remaining four minutes of the session due to a problem with his refuelling rig.

He dropped to fourth.

“It was quite an eventful one. It was still quite good,” he told the BBC.

“They had a fuelling problem, we were running out of time and we couldn’t get enough fuel in the car. So we didn’t have enough time for a second run.

“I’m not in a bad position but I think we could have got on the front row.”

As for Sunday’s 61-lap grand prix, Hamilton reckons it won’t be won at the first corner but rather by the driver who can manage their tyres the best over the distance.

“There’s only a short run down to Turn One tomorrow, which means it’ll be hard to overtake in the initial run down to the first braking point, so I think the race is going to be less about the start and more about looking after the tyres.”