Home Uncategorized Hamilton happy to chip away in UAE 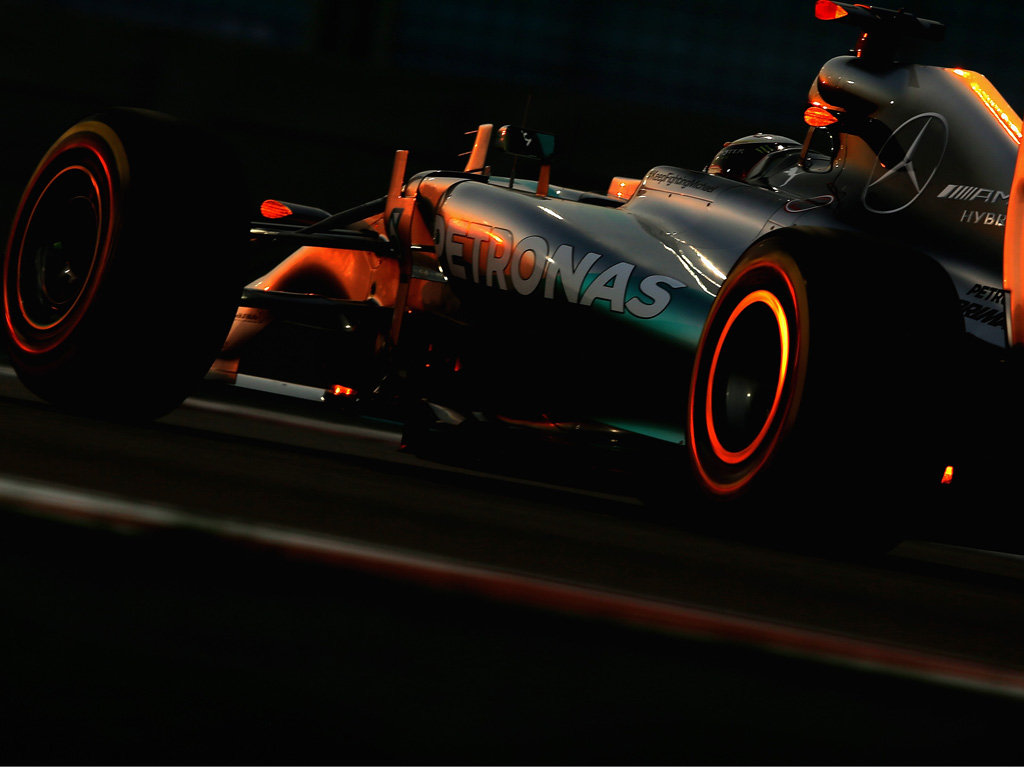 It was advantage Lewis Hamilton after Friday’s practice in the season finale, but he admits there are still pace to find and areas to improve…

It was advantage Lewis Hamilton after Friday’s practice sessions in the season finale, but he admits there are still pace to find and areas to improve.

With the 2014 Drivers’ Championship on the line in Abu Dhabi this weekend, Hamilton and Mercedes team-mate Nico Rosberg were looking to hit their straps right from the off at the Yas Marina Circuit.

Whereas Rosberg dominated the sessions in Brazil a fortnight ago, it was Hamilton who came out trumps on Friday as he topped the timesheets, but Rosberg wasn’t too far behind as he was 0.133s adrift in FP1 and just 0.083 off the pace later in the evening.

“It’s been a good Friday. The long runs I got the whole sessions, which was great and [made] good steps forward with the set-up, but as always there is still time to find,” Hamilton said.

“Just chipping away at it and trying to improve in the areas. The car feels great. The team have done an amazing job. This is the best car I have driven around here so it’s pretty spectacular to race.”

Asked if he was out to keep control and not let Rosberg back in, he replied. “Not really. There is no pressure in that sense. I just got to drive the way I used to drive and what will be, will be. I’m going to do the best I can and so far I’m doing that.”