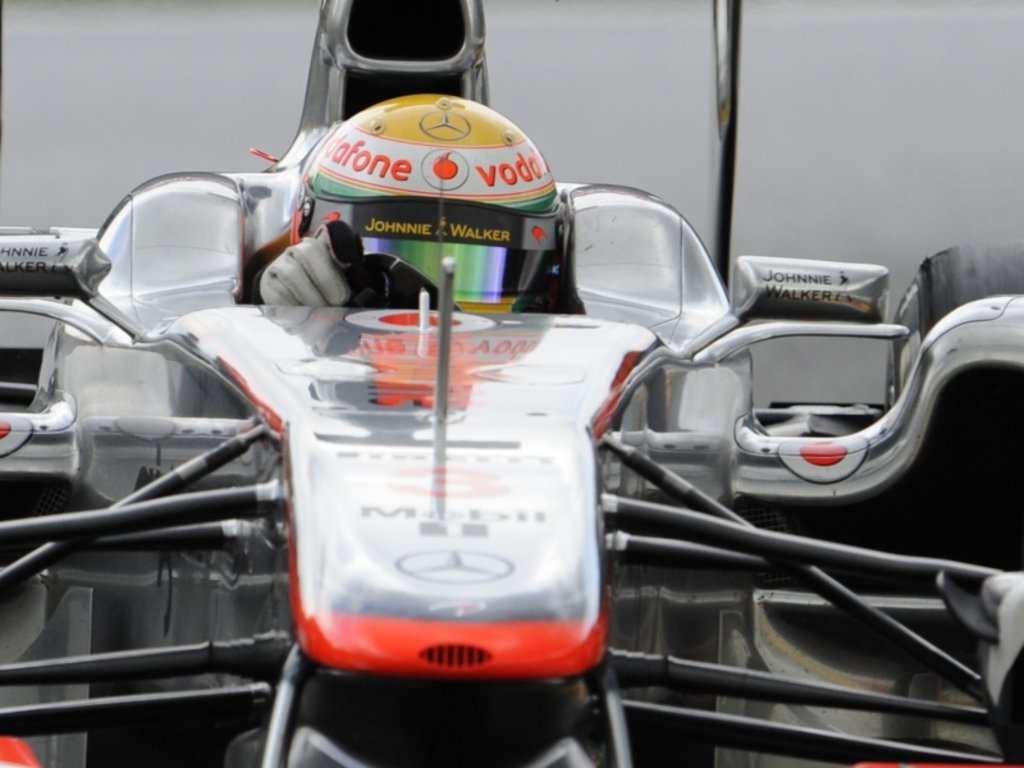 The 2008 World Champion has been involved in several fierce battles on the track so far this season and has as result made quite a few visits to the stewards’ office. Many have accused him of being too aggressive on the racetrack, but McLaren say they won’t ask him to alter his approach.

During an interview with Reuters, Hamilton scoffed at suggestions that he should change his style.

Asked about a recent comment by the retired German driver Hans Stuck, whose best ever finish was third place, suggesting he should undergo therapy, he replied: “For me? How did he do in Formula One?”

“Not so well,” was the answer. “Exactly. Exactly. That says it all.”

He added: “I think being slightly more risky in some ways is what separates the faster drivers from maybe the not-so-faster drivers.

“You see generally older drivers sometimes that have families and things that kind of lose a little bit.

“David Coulthard said to me that when he had a child ‘I didn’t want to risk much more because I wanted to make sure that I was there the next day to see my kid’. So he was willing to risk less and maybe that’s natural.

“I’m still young and I’m not in that position yet and I can’t say if when I have family whether that will happen. It’s a long way away.”

Marco Simoncelli has received similar criticism this season after also taking too many risks to many people’s liking and Hamilton had sympathy for the Italian MotoGP rider.

“He is clearly a talented rider to get to where he was, and riding his way got him to where he was, but I think just generally in motor racing there is a fine line between being very dangerous and putting other people’s lives at risk and then being just beneath the danger zone,” he said.

“And that’s kind of where you just try never to go over the line. But this is motor racing and we are racing wheel-to-wheel at 200 miles an hour so it’s going to happen. There are crashes all the time and people are going to touch at some stage,” he added.

“I have some comments as well from drivers that say I am too aggressive but again it’s just trying to find a fine balance. I’m not here to ruin anyone else’s races, I am just trying to beat them and that’s the best way to do your talking.

“If I have been too aggressive and I have come together with someone, in Monaco for example, I think okay. You just step back a little bit, but not completely change my approach because this is my life and this is how I do it.”