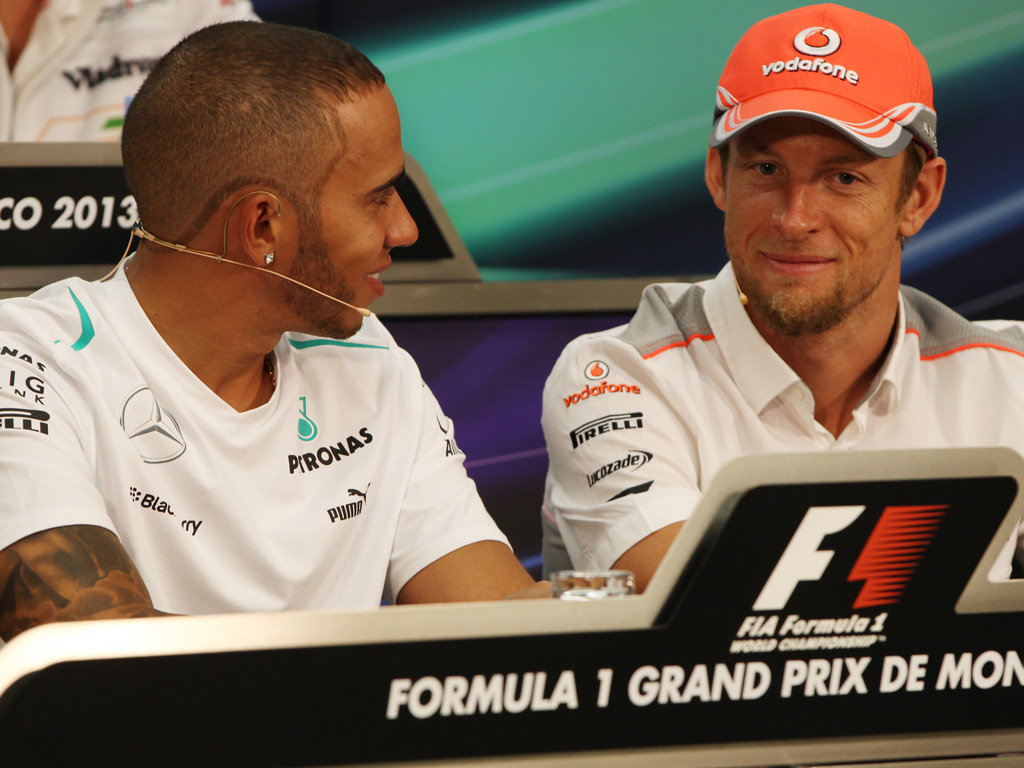 McLaren driver Jenson Button has come out in defense of former team-mate Lewis Hamilton, saying that the Mercedes driver is as quick as he ever was…

McLaren driver Jenson Button has come out in defense of former team-mate Lewis Hamilton, saying that the Mercedes driver is as quick as he ever was.

After making his controversial switch from McLaren to Mercedes before the 2013 season, Hamilton has regularly been outpaced by new team-mate Nico Rosberg, who won Merc’s only race of the year so far in Monaco last month.

Hamilton, however, has bettered Rosberg’s results in five of the seven races so far this season and has amassed more points for the Brackley-based team with 77, while Rosberg has only 57.

“For Lewis, it is the same as it is for all of us – if he does not have a car balance that suits him, then it is not easy,” Button told German Magazine Auto Motor und Sport.

“And, of course, Nico is fast. But Lewis has not lost his speed. It is still there. He will come back and then he will shock you all.

“You have to be fair. He has at least scored significantly more points than Nico. Lewis is incredibly fast.”

Button added that he doesn’t believe Mercedes gained any advantage from their 1,000km Pirelli tyre test after the Spanish Grand Prix, saying that he trusts the word of both Hamilton and Rosberg.

“Both drivers said no,” the former World Champion added.