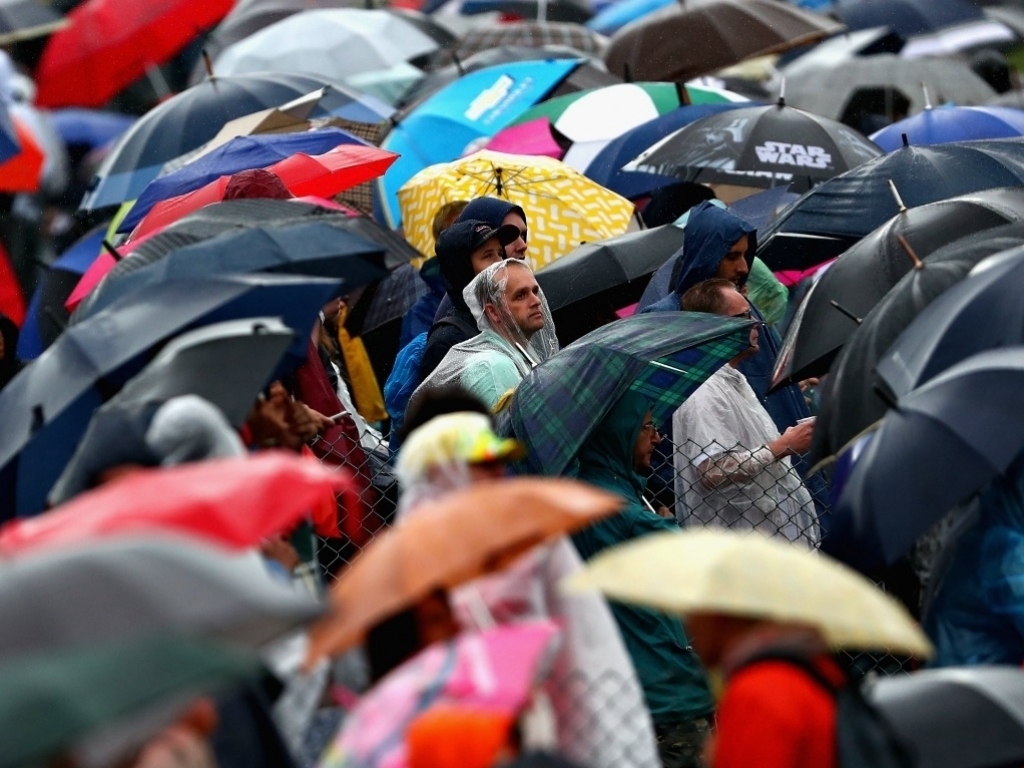 Lewis Hamilton has broken the all-time pole position record after clinching a 69th career P1 in a hectic qualifying session following a lengthy delay at Monza.

After a two-and-a-half hour rain delay, Hamilton posted a 1:34.660 in the dying stages of Q3 with Verstappen and Ricciardo impressing in the Red Bulls.

However, with engine penalties taking effect, it promoted an equally impressive Lance Stroll to the front row of the grid with Esteban Ocon starting P3.

While Bottas struggled, it was nothing compared to Ferrari as their car simply could not handle the tricky conditions and left Sebastian Vettel and Kimi Raikkonen starting in P5 and P6 respectively.

With the rain easing off only to then bucket down at the start of Q1 there was a rush to get out on track – it didn’t prove to be a good decision for Romain Grosjean.

Moments after complaining that he “can’t see where I’m going, it’s too dangerous”, the Haas driver was off the track and into the wall.

Q1 was red flagged in the immediate aftermath of the crash with Grosjean labelling the decision to allow qualifying to even begin in the appalling conditions “stupid”.

With 13:31 on the Q1 clock and Hamilton leading with a 1:40.1, the restart was delayed, then delayed again (even though the rain had abaited), delayed again (more rain began to fall) and delayed again, again and again with Race Control sending out the Safety Car prior to every 15-minute delay announcement.

Over two and a half hours passed without any action but, following whispers of a Sunday qualifying session, Q1 finally got back back underway at 1640 local time after another inspection.

The track was drier than it was at the original start of qualifying and drivers quickly made the change to intermediate tyres after getting a few laps under their belts on full wets.

However, the inters did not  necessarily lead to better times across the board and left Jolyon Palmer, Kevin Magnussen, Pascal Wehrlein and Marcus Ericsson joining Romain Grosjean in the Q1 elimination zone.

Ahead of Q2, some reverted to full wets again with the threat of heavy rain coming once more. Thankfully an uninterrupted session followed but there was a dilemma throughout on what was the correct tyre choice.

Hamilton in particular had no such issues, though, as he set fastest lap after fastest lap in Q2 with Sergio Perez, Nico Hulkenberg, Fernando Alonso, Daniil Kvyat and Carlos Sainz all failing to reach the top-10 shootout.

The rain intensified in Q3, meaning there was no option but to put full wets back on.

A hugely dramatic session followed as Vettel and Raikkonen both wrestled with their Ferrari cars and the unlikely figures of Stroll and Ocon emerging as the nearest rivals to Hamilton.

The Brit, though, continued to impress throughout the whole qualifying session and moved one clear of Michael Schumacher to break the all-time pole record.