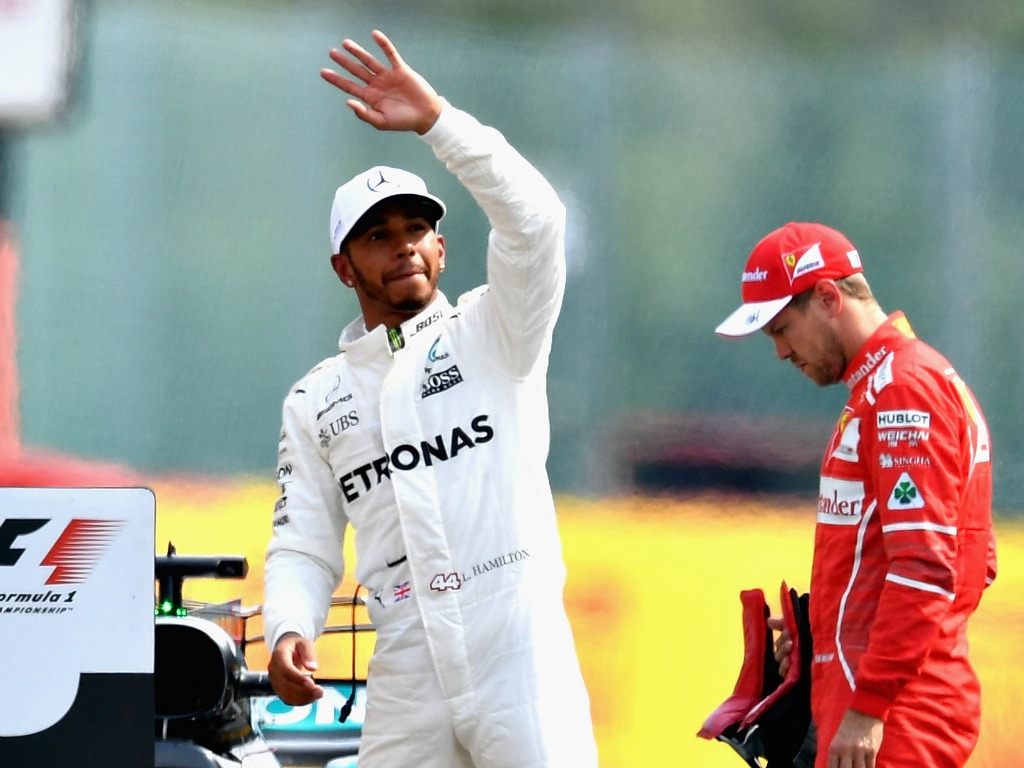 Lewis Hamilton has said he is “honoured” to have matched Michael Schumacher’s record of 68 pole positions ahead of his 200th race in Formula 1.

The Brit blitzed the field at Spa, setting track record after track record in qualifying before setting a 1:42.553, two tenths quicker than Sebastian Vettel who recovered very well on his final hot lap.

Hamilton was joined on the track by his old boss Ross Brawn, who had a message to pass on to him from Michael Schumacher’s family, congratulating him on this mighty milestone.

“I am here to deliver a special message from the Schumacher family who want to congratulate you on equalling Schumacher’s record,” said Brawn.

“Schumacher always said records are there to be beaten and they want to say a special thanks.”

“This is one of my favourite circuits so to put a lap together like that is like a dream,” Hamilton beamed in reply.

“To hear that message Ross just gave, a big thank you. I pray for Michael and his family all the time. I have always admired him and still do today.

“I am honoured to be there with him now on the pole positions but he will still be one of the greatest of all time.”