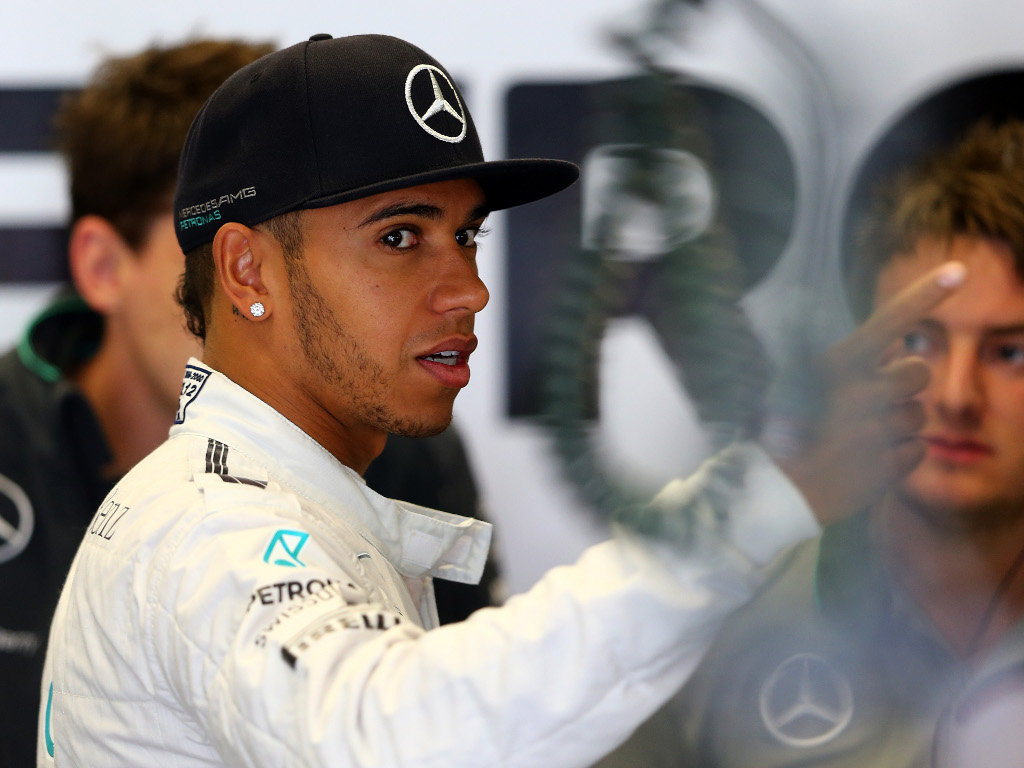 As the mind games continue at Mercedes, Lewis Hamilton claims Nico Rosberg’s position as the Championship leader has made him “vulnerable”…

As the mind games continue at Mercedes, Lewis Hamilton claims Nico Rosberg’s position as the Championship leader has made him “vulnerable.”

Suffering brake failure at the last race in Canada, Hamilton lost further ground to team-mate Rosberg in the Championship standings.

The German’s runner-up finish at that same race meant he was able to extend his lead to 22 points in what is looking a two-driver race for the title.

And although Rosberg says he has now has the “edge”, Hamilton has warned his team-mate that he is ready to hunt him down.

“Pressure and hunting definitely brings out the better side [of me],” he told Sky Sports F1.

“When you’re in front you feel vulnerable.

“Any mistake you make you’re going to be caught up, whereas for me it’s the other way around.

“So hopefully I can continue to apply that pressure.”

In a session that saw the Mercedes duo became the only two drivers to dip under 70 seconds, Hamilton insisted he had no complaints despite having never driven the Red Bull Ring.

“[The car felt] not bad considering I’ve never driven here before,” he added.

“Already in the first session with the laps that I did I was feeling really comfortable and always finding time the more and more laps I do.

“To be as quick as I was considering others around me have driven this track is a really good feeling.”