Home Uncategorized Hamilton: I could’ve been up there 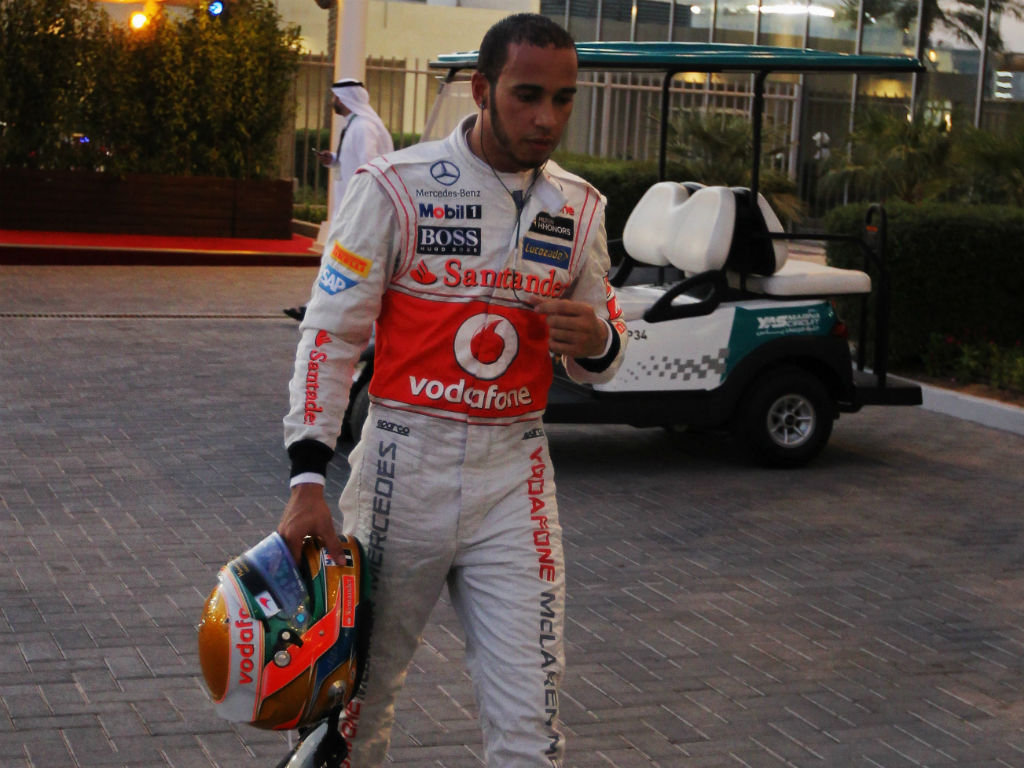 Lewis Hamilton has bemoaned McLaren’s reliability woes in recent races, saying he could’ve been “right up there” challenging for the title…

Lewis Hamilton has bemoaned McLaren’s reliability woes in recent races, saying he could’ve been “right up there” challenging for the title.

Having started in pole position and cruised into a pretty strong position during the opening few laps laps in Abu Dhabi, Hamilton appeared to be on course for his fourth win of the season. Yet he left the Yas Marina Circuit frustrated man as he was forced to retire with a fuel pump failure.

There was some good news for McLaren as Jenson Button’s fourth-place finish meant they were in the points for a 56th consecutive race.

For Hamilton, though, that was not enough to cheer him up as he feels he could’ve been challenging Sebastian Vettel and Fernando Alonso for the Championship if his car was more reliable.

“The [56 races] statistic is nice to have,” he said. “But more World Championships would be better. I’m sure McLaren would say the same.

“I’ve been on pole position six times this year and yet I have only won three races. In the other ones we’ve had failures and issues with pit stops and so on. If my car was as reliable as Sebastian’s or Fernando’s this year I would be right up with them now. Maybe ahead, who knows?

“But this is an incredible team and I have no doubt in the future they will be competitive. I hope that they have a successful year next year.”

With his Championship hopes over for another year, Hamilton is determined to finish 2012 on a high at the inaugural United States GP and the season-ending Brazilian GP.

“I feel if the car drives as well in the USA and Brazil as it did in Abu Dhabi then I will have another shot,” the 27-year-old said.

“So I’m going to go there with the same mentality and enthusiasm in the hope we can win one.

“To be honest I don’t think I’ve ever had a circuit where I’ve been able to put my name to it as the first person to win.

“I’ve just never had the car to do it, but perhaps I do now.

“As for Brazil, I’ve never won there, but again, if the car drives like it did in Abu Dhabi then to win there would be absolutely phenomenal because that (Interlagos) is a track.

“If I won there I don’t know how I would handle it.”