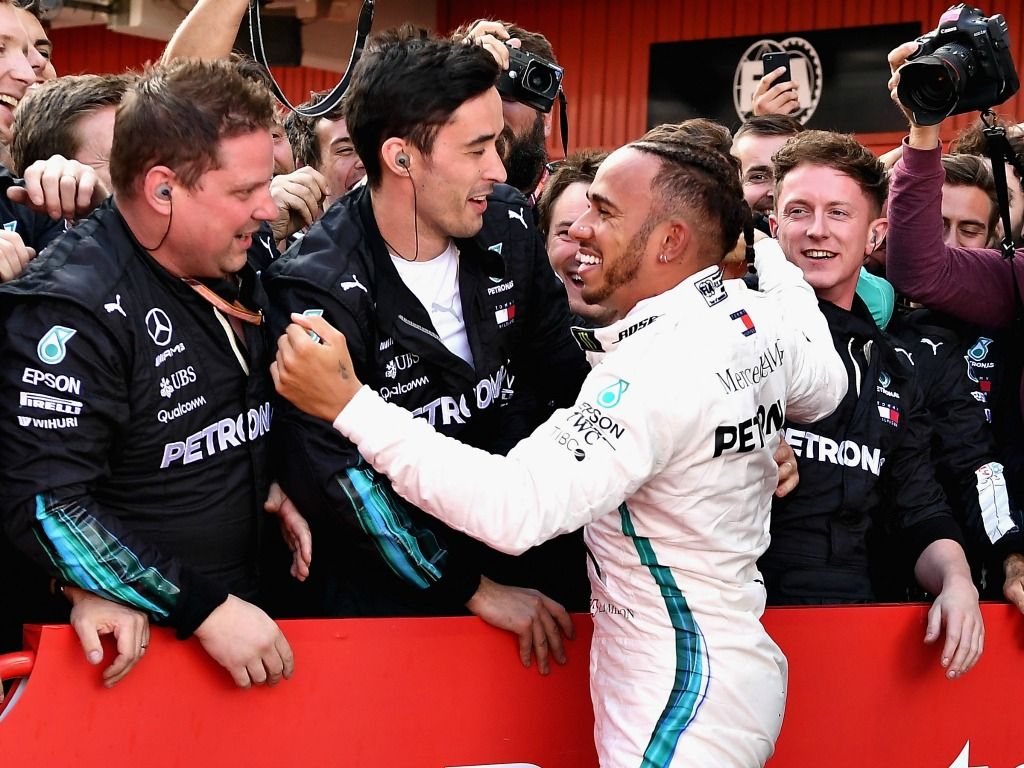 Lewis Hamilton won the Spanish Grand Prix on Sunday afternoon, thanks to the “synergy” between him and the car.

The four-time World Champion secured his second victory of the season with ease, running out front for most of the 66-lap distance.

But while his previous win in Baku was the result of misfortune for his team-mate, this Spanish win was all Hamilton and his W09.

He dominated the grand prix from start to finish and celebrated the return of that “synergy” between him and the car.

Hamilton said: “Today the car and myself, I felt that synergy which I hadn’t been feeling for the whole year. It’s a good feeling.”

The Brit gave praise to the Mercedes team though, saying it was not all his work.

He said: “I couldn’t have done it without this incredible team. These guys have done an amazing job and I’m just really proud of everyone.”

Looking to the future, and the continuation of the European season, the Mercedes driver wants to keep the performances at the top level.

He added: “This is when we’re going to start trying to continue to apply the pressure. A one-two for the team. I hope we can continue.”

Hamilton leads the Drivers’ Championship by 17 points ahead of Sebastian Vettel.