Home Uncategorized Hamilton: I knew I could win in the rain 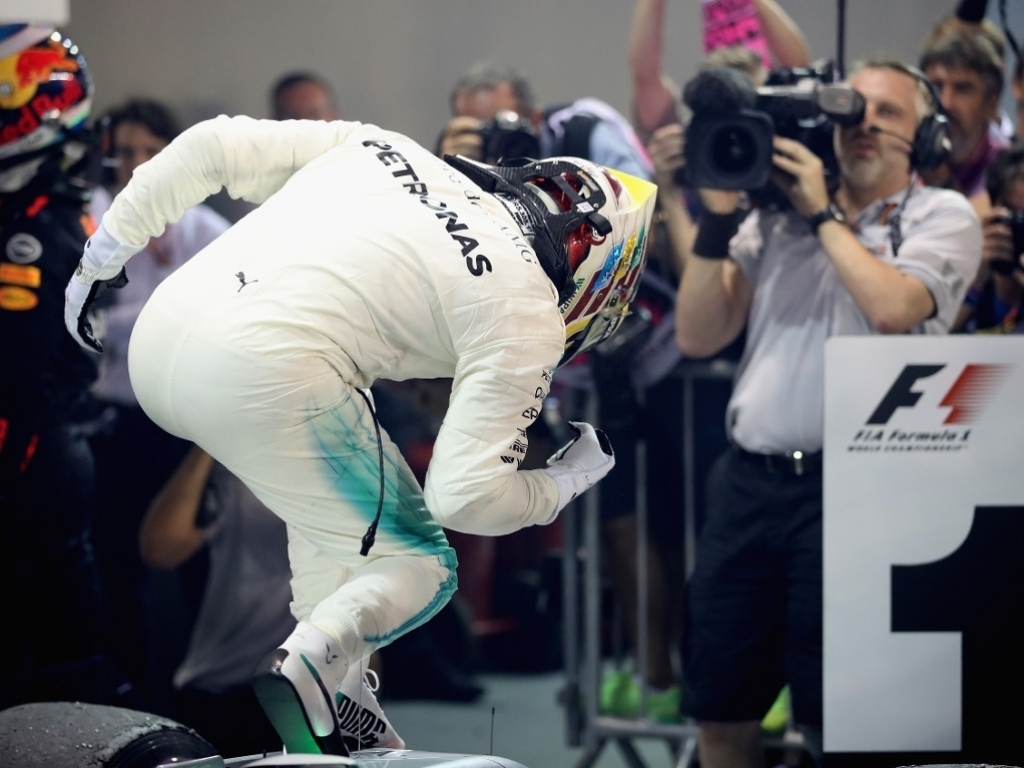 As soon as it rained at the Marina Bay circuit, Lewis Hamilton says he knew that he could come from fifth on the grid to win the race.

Starting fifth on the grid, the championship leader avoided the first lap carnage that took out his title rival Sebastian Vettel along with Max Verstappen and Kimi Raikkonen.

From there on it was a race that belonged to Hamilton who race unchallenged to the win, beating Daniel Ricciardo and Valtteri Bottas.

“I was so sure I was going to be able to do something and then everything happened – everyone disappeared.

“I was really, really happy – no mistakes, just a really well-controlled race in those conditions.”

He added: “Obviously it was very fortunate with the Ferraris at the beginning, but I couldn’t be happier or more grateful.”

“And to come here today, with the idea of damage limitation, thinking I’m going to come out of here behind again in the championship – and actually I’m further ahead.
“So I definitely count my blessings and don’t take it for granted.”

The 32-year-old, though, has warned against writing off Ferrari.

“Honestly, I think it’s going to be very close in the next races,” he said. “It’s hard to predict.”