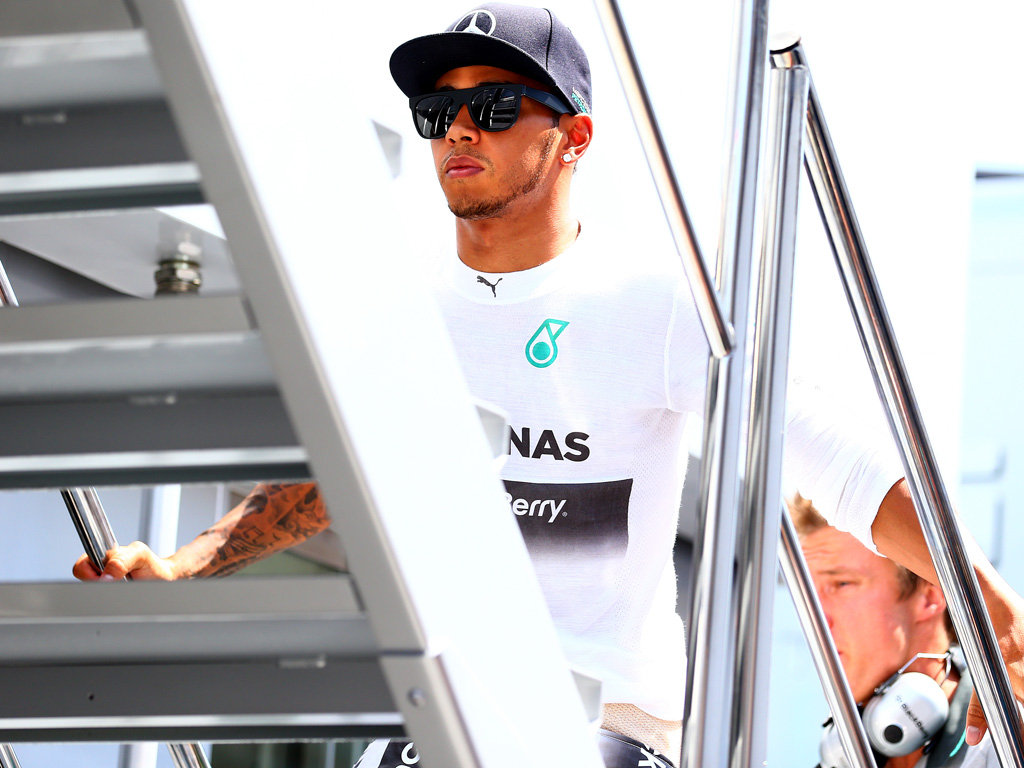 Lewis Hamilton is hoping his near-miss in the Hungarian GP is a sign that his luck is changing in a season where he has shown he’s “got heart.”

Hamilton has undoubtedly had the worst of Mercedes’ reliability issues with the latest incidents affecting his qualifying in Germany and Hungary.

In both grands prix he had to race from the back of the grid – the pitlane in Hungary – and in both he finished third on the podium keeping his Championship dream alive.

“It’s been damage limitation for me in the last couple of races and we’ve had some difficult weekends throughout this season,” he told the Mercedes’ website.

“But,” he added, “if I’m honest, looking back at it now, I wouldn’t want it any other way.

“Sometimes it’s nice to have things easy, but I love a challenge and I love a fight. It’s not the times of ease that show who you are – it’s the times of adversity.

“I definitely feel like the tough breaks I’ve had this year have made me stronger – and hopefully I’ve shown that I’ve got heart.”

However, Hamilton’s Hungarian GP almost ended at Turn 2 on the opening lap when the Brit lost control in the wet and ran off the track. He stopped just short of the barriers and is hoping that is a sign that Lady Luck is beginning to smile down on him.

“If ever I’ve had good luck this year, it was there at the last race in Budapest – keeping me from damaging my car on the wall during the first lap. Hopefully that’s a sign that my fortunes are changing.

“To have taken two podiums from two difficult weekends before the break has been really satisfying and, more than that, it allows me to smile and enjoy this time off knowing that I still have an opportunity to fight for this Championship.”

Hamilton heads into the summer break trailing his team-mate Nico Rosberg by 11 points in a season that has been dominated by Mercedes, who have taken nine of the 11 race wins.

“I’m happy with our performance so far this year in terms of the pace we have int he car,” said Hamilton. “The team have done a great job with that.

“We just need to work on reliability, and I know that’s a priority for everyone back at the factories.”

The 29-year-old also thanked his team for all their efforts in making sure his W05 was ready to race after his qualifying dramas.

“I have to say, though, that over the last two weekends in Germany and Hungary particular, the guys have been amazing – I mean really amazing.

“It’s tough for everyone involved when reliability comes into play. To see these issues happen after all the long hours and hard work that they’ve put in – I know it hurts them as much as it hurts me.

“To then fight through, get the car back together, get me out there and not give up or lose hope – I can’t thank them enough for everything they do and that’s what going to keep me going right through this year.”