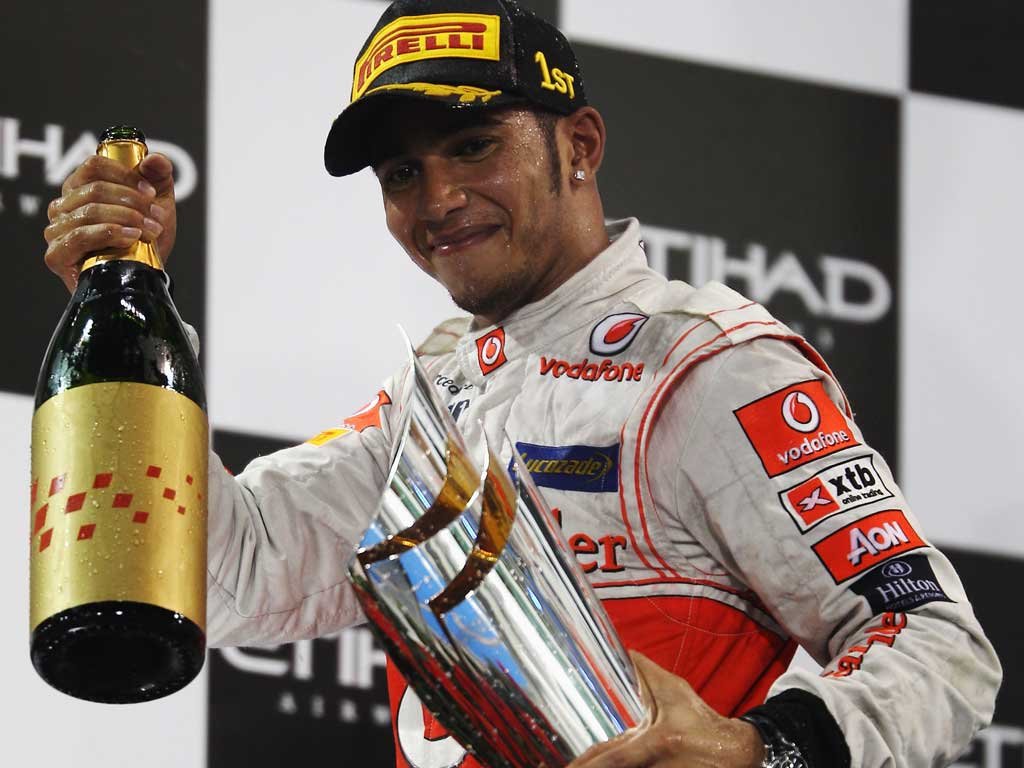 He may be experiencing some “turbulent air” in his personal life, but Lewis Hamilton insists he never lost faith in his own ability…

He may be experiencing some “turbulent air” in his personal life, but Lewis Hamilton insists he never lost faith in his own ability.

The McLaren driver has endured a troublesome 2011 both on and off the track. While his team-mate Jenson Button found himself regularly on the podium, Hamilton was left frustrated by penalties and collisions. He was also heavily criticised by some of his fellow drivers for his aggressive behaviour on track while away from F1 things were also not going well.

The 26-year-old, though, hit back at the Abu Dhabi Grand Prix on Sunday to claim his first race win since July and third of the season.

Hamilton says he never suffered from a confidence crisis despite his woes.

“The reason why I have never spoken about [my problems] is because it is personal. It is family-related. But I haven’t doubted my talent. Other people have, but it has always been there.

“I am always the hardest on myself. I don’t know if other drivers are as hard on themselves as I am. That is just how I have dealt with it. Maybe in the future I will try to be less critical. But when you are driving the car and you see yourself make mistakes it is frustrating, because you know that if you are in your right head-space you would never make those mistakes.

“I hate making mistakes. When I play golf, I know I can hit the ball properly. It is just like a lap. You want to hit that apex every time and when you don’t it is frustrating. And it tells in results. It is the flow of things. Look at the last race [in India]. I qualified second, and if I had started second the whole race would have been completely different. But I didn’t. I got the penalty.”

Next up for Hamilton is the Brazilian Grand Prix. Although he has appeared on the podium only once in four races, Interlagos will always be a special place for Hamilton as he won the 2008 World Championship there.

“I definitely needed the win [in Abu Dhabi],” he said. “I think I should be fine in Brazil. I have had great support when I have been there. It was tough when I was racing with Felipe [Massa] for the championship. But I think I have growing support over there. I guess I will just see when I get there.”