Home Uncategorized Hamilton: I tried not to get involved 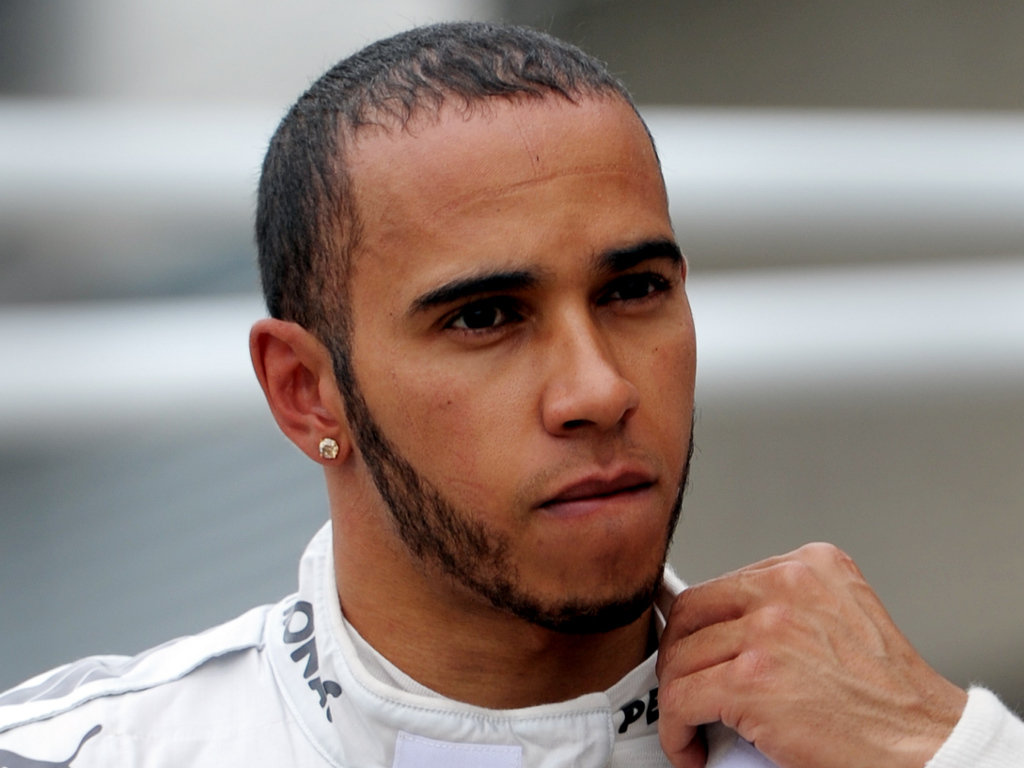 Lewis Hamilton says he tried to stay out of the whole ‘Tyregate’ saga, though he admitted it ‘sucks’ that Mercedes will miss the young driver test…

Lewis Hamilton says he tried to stay out of the whole ‘Tyregate’ saga, though he admitted it ‘sucks’ that Mercedes will miss the young driver test.

While some question whether the punishment handed down was sufficient, Hamilton echoed Ross Brawn’s thoughts, agreeing that the suspension would hurt the outfit.

“That [the ban] does suck a little bit because that test is quite an important test for the year – it’s the only test really,” he said during an appearance at the Mercedes factory in Brackley on Tuesday.

“It’s important because we had a lot planned, upgrades and stuff, that we were hoping to test on those three days.

“It was also vital for the [test] drivers who are always on the simulator to test the tyres, to know where they are and come back in here and get feedback so they continue working on developments and improving the simulator.

“It definitely puts us back a little bit, but we’re going to have to try to figure out a way to recover it elsewhere.”

Hamilton says he was regularly updated on matters surrounding the International Tribunal, though he deliberately tried not to get involved.

“To be honest, I tried my best not to give it much thought,” he said. “Ross kept me in the loop, and I’d get an email here and there from the lawyer explaining where we are.

“I was trying to not put any energy towards it. I was just trying to focus on preparing myself for this race, really.

“Of course when I saw the team at the weekend it was a relief for everyone. Everyone was relieved that they could get on and start focusing on the next race. And I’m happy as well.

“The team have been doing a great job, and we’ve got into a good position so far, so if we can get into an even better one that would be fantastic.

“The team have been working so hard to get the results that we’ve had, so a negative result was not needed.”

Looking ahead to Silverstone, Hamilton says the track will be the acid test for Mercedes’ progress with its tyre issues, with degradation still a major concern.

“We took a lot from the race in Barcelona,” Hamilton told AUTOSPORT.

“The team came back and it had a lot of work to do to understand what went wrong.

“Then we went to a couple of tracks that didn’t seem to be too difficult on tyres, so I think [Silverstone] will be a really good test to determine how we’ve done.

“We will find out if it is the high-speed corners that are giving us the trouble, and that will really pinpoint the issues.

“But between each corner here, you do have a good straight afterwards so hopefully cooling down of the tyres will happen. Maybe we won’t be in such a bad place.”

Even tyre worries can’t dampen the Brit’s enthusiasm for his home Grand Prix, however.

“I am massively excited about it, and really looking forward to it,” he said. “It’s been a bit of a long break since the last race, but the build up to this one is always the most exciting.

“It’s generally the busiest but it’s also just great to be here and looking forward to seeing the turnout of fans that we have this weekend.