Home Uncategorized Hamilton: I was just doing my job 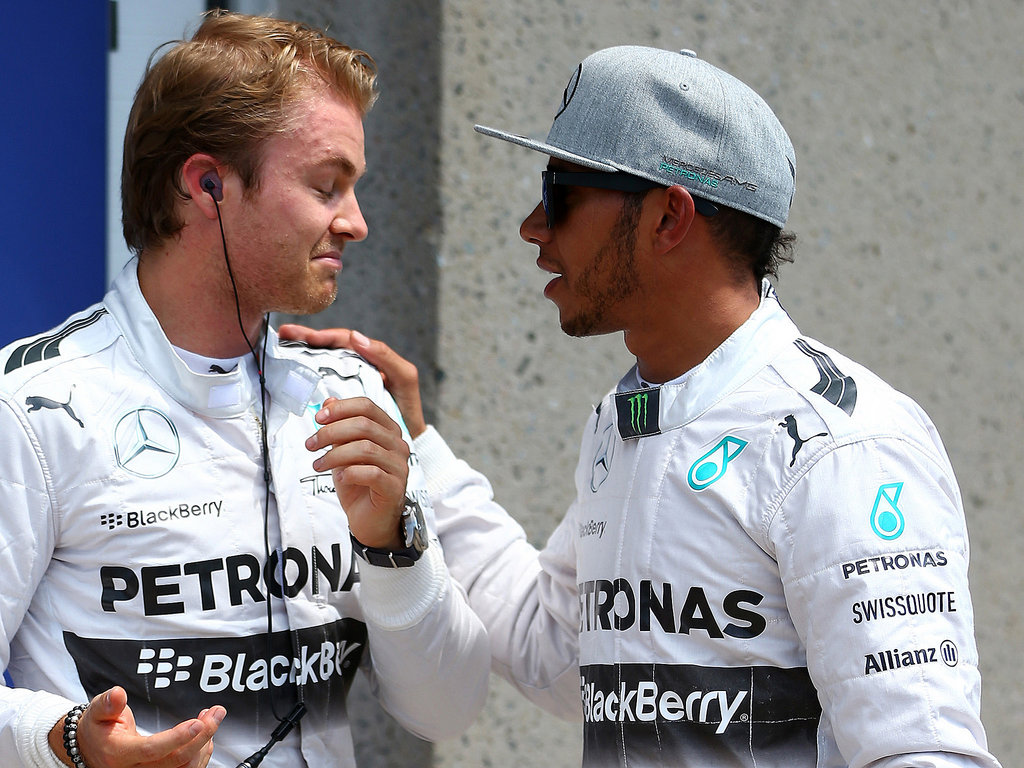 A defiant Lewis Hamilton insists his decision not to allow Nico Rosberg through in Hungary was “just a case of not giving a single point away”.

Mercedes’ powers that be have been forced to put out a lot of flames since Sunday’s race at Hungagoring after Hamilton was accused of ignoring team orders.

The 2008 World Champion was told to let Rosberg through over the team radio and he replied that he would not slow down so it was up to the German to get close enough and overtake him.

After the race Hamilton admitted he was “very, very shocked” that the team asked him to move aside while Mercedes non-executive chairman Niki Lauda felt he was right not to let his team-mate through.

Now that that dust has settled a little, Hamilton believes he did the right thing as he is “hired to race” and doesn’t feel “obligated to help”.

“It was not about questioning authority, and I don’t think I was being ruthless,” he is quoted as saying by Press Association.

“I was not even being bloody minded. I was doing my job and got to the top.

“I am hired to race and bring in points for the team. I am also hired to be me and race my heart out.

“I did not start at the front of the pack. I started from the pit lane, so in my mind I could not afford to lose anything else. I have already given away too much.

“At the end of the year I could be looking back saying ‘if only the car did not catch on fire’, or ‘if only the brakes didn’t fail’, ‘if only I hadn’t made a mistake in qualifying’, ‘if only the engine had not stopped in the race’…all these things.

“So it was just a case of not giving a single point away. I tried my hardest to be ahead and I don’t feel as though I was being obligated to help.”