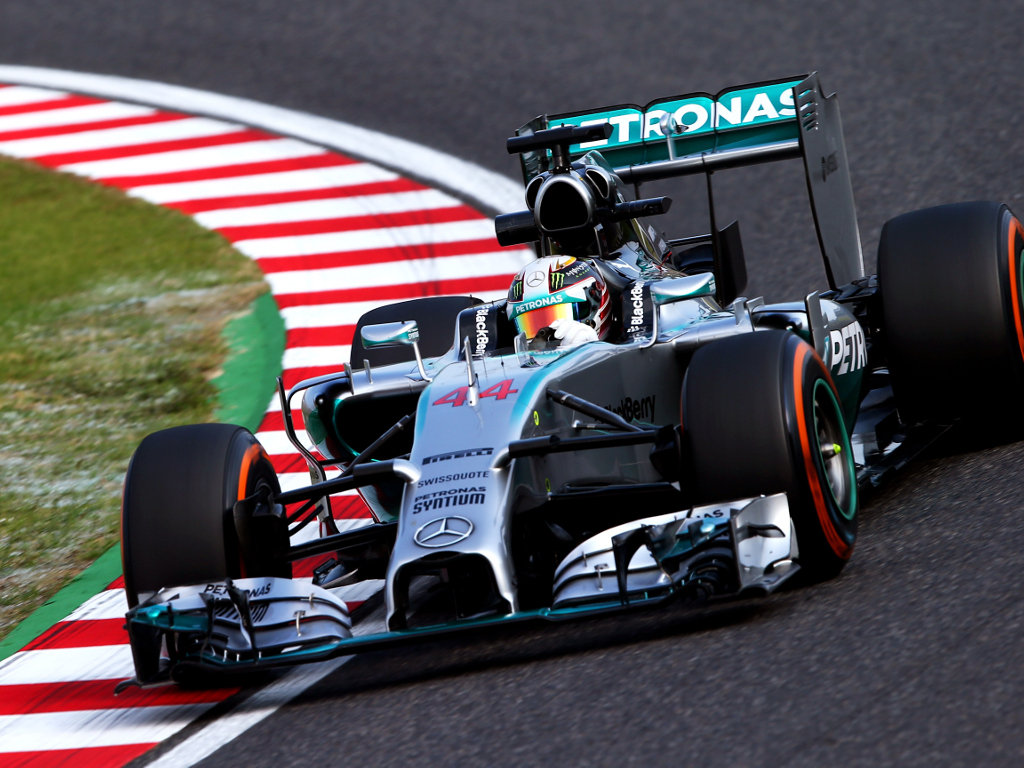 Lewis Hamilton concedes that team-mate Nico Rosberg was just too good for him in qualifying at the Japanese Grand Prix on Saturday.

After they were separated by just 0.007s in Singapore last time out, many were expecting another close battle, but it didn’t really materialise at Suzuka with Rosberg taking pole position with a time of 1:32.506 and Hamilton 0.197s off his pace.

The build-up to qualifying didn’t go according to plan for Hamilton after he crashed into the barriers during Free Practice Three, causing plenty of damage to the front left of his W05.

The team, though, fixed it and he was out for qualy, but failed to match Rosberg.

“Nico was extremely quick today. I did the best I could,” he said. “My guys did a fantastic job to rebuild the car after I binned it so big thank you for their hard work.

“Today I wasn’t really feeling it, don’t know why, but I was still fast. Nico was fantastically fast today, but tomorrow is the day where you get the points so looking forward to all the different tricky weather.”

Hamilton complained about vibrations during qualifying, but he insists it didn’t affect the outcome.

“I generally had that through the whole run. I don’t know if that was following the incident [in FP3]. Maybe it was the tyre imbalance, but it didn’t get in the way of the result.”