Home Uncategorized Hamilton: I’m going to give it everything I got 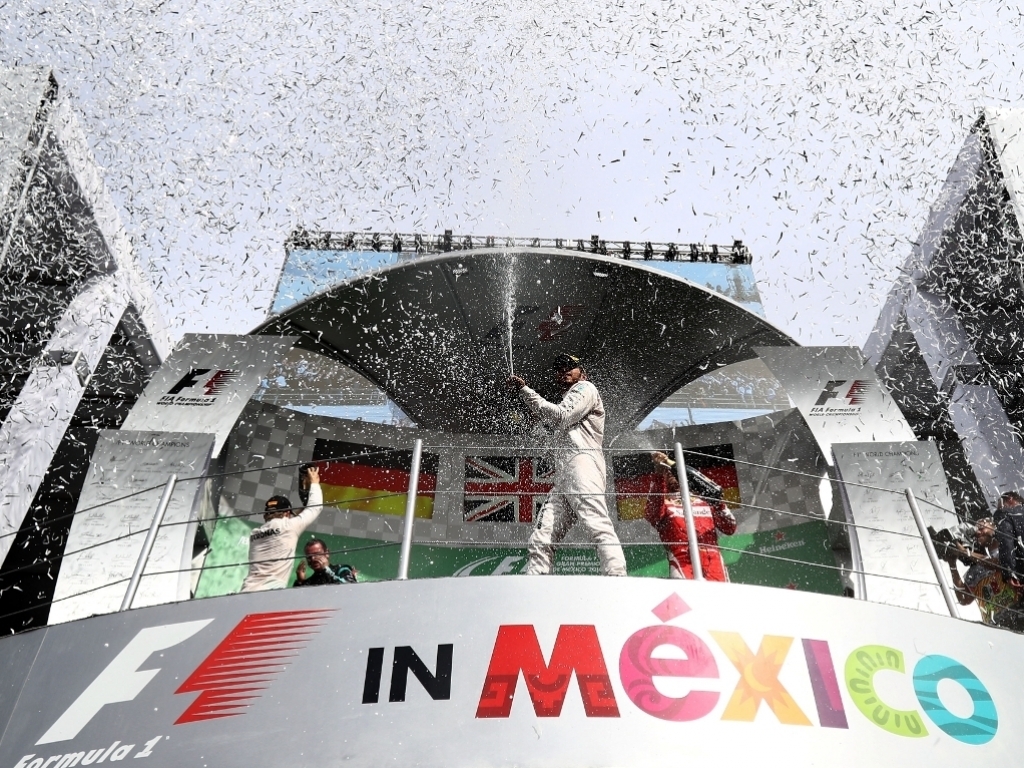 After cutting down Nico Rosberg’s Championship lead to just 19 points with two races remaining, Lewis Hamilton has reiterated that he will be trying his utmost hardest to claim his fourth World Championship.

Starting on pole at the Mexican Grand Prix, the Brit got off to a clean start as he managed to retain his lead after the opening lap. He did, however, miss one of the turns during lap 1 but kept his P1 place nonetheless.

Hamilton virtually went unchallenged throughout the Grand Prix, while his team-mate Nico Rosberg had a couple nervous moments with rookie driver Max Verstappen.

After he crossed the chequered flag first and stood on the podium, the triple World Champion was delighted at the result.

“That was amazing,” Hamilton said at the Autódromo Hermanos Rodríguez as he stood in-between Rosberg and Sebastian Vettel on podium.

“This is the best crowd we get anywhere. I love it here.”

With two races left on the race calendar, a win for his German counterpart in Brazil will result in Hamilton losing the Championship.

Even if the 31-year-old wins the next two Grands Prix and Rosberg places second in both, he will still come P2 on the Drivers’ Championship table.

“With this pace if I can take it moving forward that would be great,” he explained.

“I am not giving up and I am just going to give it everything I’ve got.

“As long as I cross the line in Abu Dhabi knowing I’ve given it all I’ve got then I’ll be proud of my performances.”