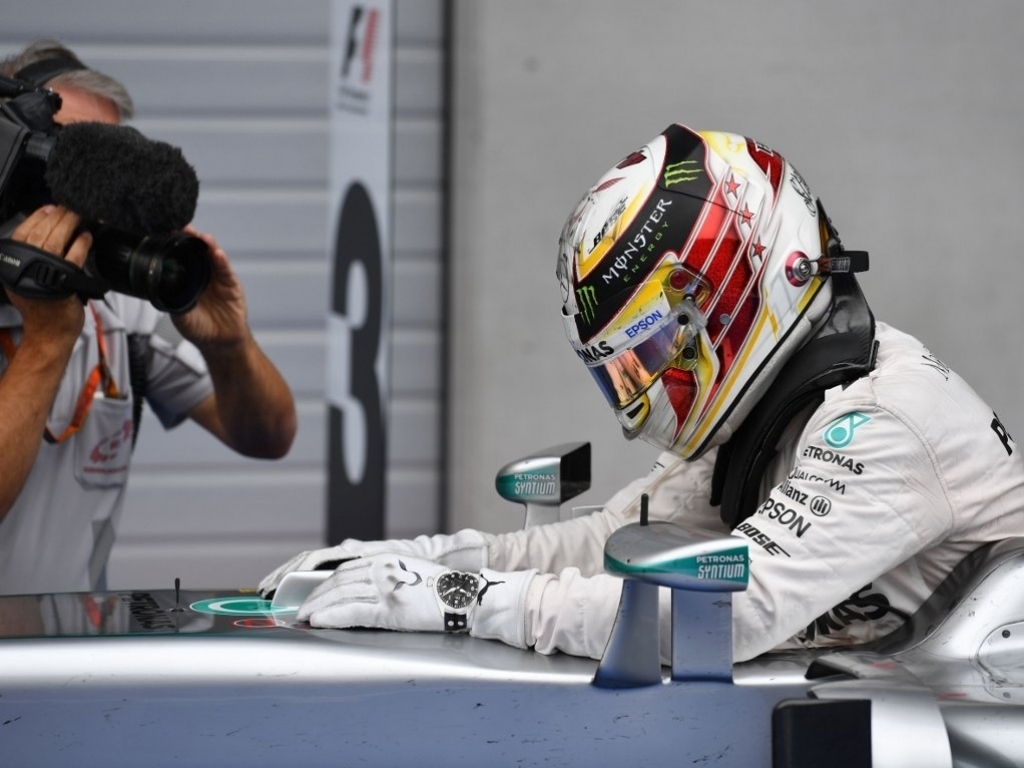 During a controversial final lap of the Austrian Grand Prix, eventual race winner Lewis Hamilton pipped his teammate Nico Rosberg to victory, with the two of them making contact in the process.

Garnering ‘boos’ and ‘aahs’ from the Red Bull Ring spectators whilst standing on the podium, the Brit seemed unfazed by the reception he received because of his win, saying: “That’s their problem, not mine.”

In the final lap, Rosberg was in the lead while the triple World Champion hounded him at every corner. However, Hamilton finally got the better the of his teammate but was forced wide off the track, while also receiving a slight clip from the German.

The end result saw Rosberg losing his front wing and dropping all the way down to P4, while the World Champion stormed to victory.

On the controversy, Hamilton put the blame on Rosberg, saying that he was at fault for the incident and added that he is here to win and nothing else.

“He made a mistake into Turn One, so I had an opportunity to go down the outside into Turn Two,” claimed the 31-year-old.

“I left a lot of room on the inside and I guess he locked up and crashed into me. I think he had a problem with his brakes potentially.

The Brit later gave a few more details as he saw it, saying he had even given Rosberg room before they collided.

“He made a mistake, clipped the inside kerb and went wide [at Turn 1].

“I got a good run up on him. Up to Turn 2, he blocked the inside, the only place I could go was the outside.

“I was on the racing line. He was in my blindspot so I assumed he was still there, so I went very wide.

“I left him plenty of room, as I started to turn as I was at the edge of the track. He collided with me.”

And although Toto Wolff has spoken of possible team orders in the future, Hamilton doesn’t believe there will be any ramifications from the collision.

“I don’t think anything will be said.

“I don’t have a great picture of what went on. I know where I was on the track.

“But there is no problem, we were racing hard. Sometimes these things happen.”