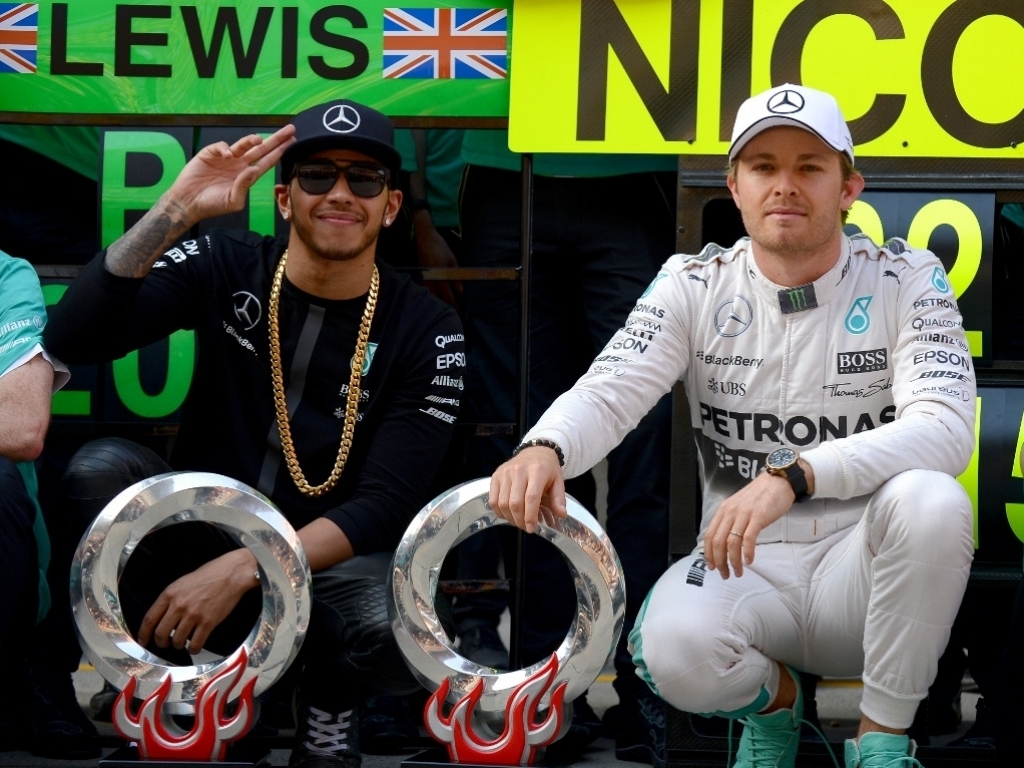 Lewis Hamilton believes he has the mental edge over team-mate Nico Rosberg this year, and judging by events at the Chinese GP it is hard to disagree with him.

After going head to head for the Drivers' Championship last year with Hamilton coming out on top, it looks like the 2015 campaign will be repeat with Mercedes once again the fastest team on the grid.

Three races into the season and Hamilton has not only taken the lead in terms of points, but he also appears to have the advantage in the psychological department after Rosberg accused the Brit of deliberately holding him up at Shanghai.

"I've always said he is really strong mentally," Hamilton is quoted as saying by BBC Sport. "But I'd like to think I'm stronger this year."

Rosberg's complaints came after Hamilton appeared to be going slow while leading the Chinese GP, which allowed Ferraris Sebastian Vettel and Kimi Raikkonen to close the gap to the two Mercedes cars.

However, Hamilton felt that his Merc team-mate was never close enough to challenge him for the lead.

"I don’t know what there is to talk about, man," he told The Telegraph.

"I want the guy to be up my a*** if he's got the pace to be up my a***, and putting pressure on me. And if you can’t defend it, you lose it, like I did in Bahrain last year. I wasn’t quick enough and I did everything I could to stay ahead. And that was the greatest race ever. Whether we could have had that here, I don’t think so.

"I want to race, man. This is motor racing. Racing. Don’t take away the fun of the racing. If I was in second, or third, I would have done everything. I wouldn’t have sat back two seconds to make it to the end of the stint. If I thought I had more pace I would have tried to have got past, because that’s the best part."

Rosberg took to Twitter afterwards to explain why he was so upset over his team-mates antics, but Hamilton maintains that he would never be comfortable settling for second and would've pushed for the win.

"I would be very surprised if any athlete said they had sympathy but you have to sympathise with people’s opinions.

"I always try, in all walks of life, to put myself in that position. But I just said to the guys, if I was in second and I had the pace that I had, I would have been pushing to be as close as possible and passing. That’s racing. Nico didn’t try. They said maybe he was just comfortable second and I said, well, that’s the difference between us. Last year, if I had lost to him, and I came second, I come away and start at ground zero and try to be better the next time. That is how I approach it. Different people do it different ways."